The historic Hamilton Grand has been piquing interest among keen golfers

Hamilton Grand residential estate sits at the top of the world’s oldest golf course in St Andrews on the Scottish coast.

With the Royal and Ancient Golf Club (R&A) as a neighbour, the architectural prowess of the 19th century Hamilton Grand allows it to dominate the landscape around the Old Course, known as “the home of golf” and a favourite of former US president Bill Clinton. 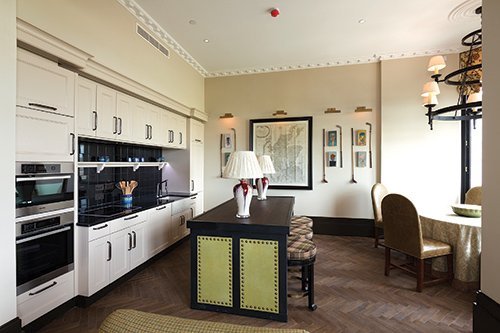 US billionaire and philanthropist Herb Kohler bought the red stone former hotel in 2009 for more than $18 million and spent another $58 million in refurbishments.

Kohler, who owns the second largest private company in the US, hopes to recoup some of his investment by selling the 26 luxury apartments he converted, ranging in size from 1,133sq ft to 2,780sq ft, to “passionate golfers”.

However, with prices starting from £1.2m ($2m) to £8m ($13.2m) for the penthouse, which comes with an outdoor terrace and panoramic views of the Old Course, the North Sea and the ancient town of St Andrews, it is little surprise the majority of interest is coming from outside the UK.

Investors have the option of buying a fully furnished property or core shell apartment. Renting is also an option in the Victorian building, which has all its original features intact and comes with 24-hour security and butler service.

To date, only five properties have been sold, with the Kohler company setting 2017 as a target for a full house. 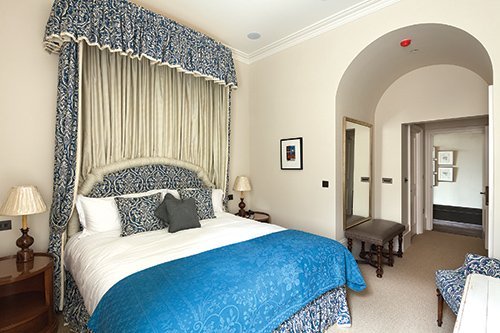 The majority of sales so far have come from Scandinavian countries followed by “strong interest” from the US, Germany, Hong Kong and Singapore, according to Hamilton Grand sales director Helen Parker.

As far as interest from the Middle East goes, Parker points out close ties with the UAE business community. Dubai’s ruling family, the Al Maktoums, own a research facility in Dundee, the prestigious R&A has a member from the Middle East and the owner of Highland Springs water company is a UAE national, while there is a high-profile Middle Eastern student at St Andrews university.

“From this circle, we have had interest,” she says. “We may get a non-golfer buyer as we do well from Middle Eastern visitors in the summer and the wives tend to stay in London while the gentlemen come up here to go shooting and hunting.”

However, to date Parker concedes that with the exception of one buyer, “it’s purely a trophy purchase, “ for passionate golfers.