Who is Len Blavatnik?

The billionaire has gazumped Roman Abramovich, endows the Tate Modern and Oxford University and his Cannes parties are so exclusive that even Mick Jagger can’t get in

There is a saying in Russian oligarch circles that, roughly translated, declares, “every rich man must have a back-up aerodrome”. This has two meanings, the first quite literal. But the maxim goes much deeper than that. The wise oligarch knows he needs to spread his assets around.

Len Blavatnik’s gilded reputation is everywhere, yet relatively little is known about the nature of the man behind it. In the early Noughties, the peripatetic mogul bought a Gatsby-esque home next to Kensington Palace and decided to make London his base while maintaining his US citizenship. The non-domiciliary tax laws and the ready supply of spectacular, self-contained houses make London attractive to foreign billionaires who want both space and security. 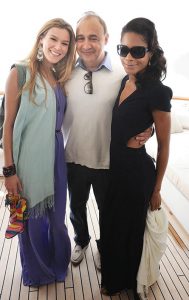 His fortune is pegged at around $17 billion, and he has made the bulk of his money in the US and the former Soviet Union.

Should you seek monuments to the “back-up aerodrome” maxim, there is the $30m of scientific scholarships in New York, millions donated over the years to British institutions including the Tate Modern, National Gallery and the Royal Academy. Most munificent of all is the bold headquarters of the Blavatnik School of Government, inching upwards into the Oxford skyline, thanks to a whopping $128 million endowment.

Blavatnik lets his billions speak for themselves. He prefers to pay the expensive PR outfit Brunswick to buff his reputation for him. But there is another Russian saying: that you never ask an oligarch how he made his first million.

Though he is an American citizen and has a sensational Manhattan apartment, he finds London a congenial base this side of the Atlantic. So in 2004 he bought the ultimate billionaire’s retreat, 15 Kensington Palace Gardens. He outbid his oligarch rival Roman Abramovich by spending what was then considered a preposterous $70 million on the 13- bedroom Italianate mansion. He has since sunk millions more into the house, creating underground parking with a car lift, cinema, and what was believed to be London’s only hybrid indoor/outdoor swimming pool at the time.

Blavatnik’s social life is varied. His close circle in London includes Sir Ronald Cohen and Jacob Rothschild. He also likes to throw his London and New York homes open to a wider circle of glamorous young people — actors and musicians, as well as writers such as Simon Sebag Montefiore and Andrew Roberts.

Lord George Weidenfeld, who attended his 50th birthday party on the French Riviera at the Grand-Hotel du Cap-Ferrat, says despite these extravagant parties, Blavatnik is a modest man who is accumulating an important 20th century art collection: “If anything, he plays down his wealth.”

“Len Blavatnik was very shrewd,” says Andrew Langton, chairman of Aylesford International, who acted on the property deal. “He realised there was a wave of very rich individuals coming to London from the East who would want to buy up properties that had been used as embassies and he got in early.”

In 2011 he acquired Warner Music in the US and entered a new world of celebrity performers and their hangers-on. His party aboard his 164ft yacht, Odessa — relatively modest by the standards of his oligarch peers — is an annual highlight of the Cannes lm festival. Joss Stone, signed to Warner, has performed on-board to the delight of Blavatnik and his friends.

A week after paying $3.3 billion for Warner Music, Blavatnik pulled his yacht into Cannes’ old port. Aboard was his normal retinue, plus some of his Hollywood friends, including Jane Fonda, Melanie Griffith and Sarah Jessica Parker. As the champagne flowed, Mick Jagger pulled up alongside with friends in tow and wondered if they might come aboard to join the fun. Blavatnik turned him away.

He also has Sir Michael Pakenham, a retired diplomat and the third son of the late 7th Earl of Longford, on his payroll to advise him on English manners and ethics. Should you be invited onto Blavatnik’s yacht, by all means refer to him as a tycoon or philanthropist, but do not call him a Russian oligarch, for he hates the guilt by association. 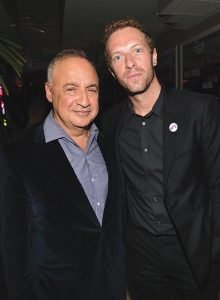 He has a point, in that he is not Russian, but was born in Odessa, in Ukraine, in 1957. As a boy, Blavatnik was not exactly poor, but money was tight in the family home headed by two academics. Being Jewish held him back when his family moved to a small town outside Moscow. As a result, though precociously bright, he was barred from admission to prestigious Russian universities — where strict Jewish quotas applied — and ended up studying at the unglamorous Moscow Institute of Transport Engineers.

His life-changing stroke of luck was that his coming of age coincided with a loosening in the Soviet Union’s attitude to Jewish emigration. In 1978, when he was 21, his family left for America and like many new arrivals settled in Brooklyn. Blavatnik attended Columbia University, then Harvard Business School. He is far better educated than most oligarchs and more westernised. He took US citizenship and now speaks impeccable English with a light accent sprinkled with American phrases and intonation.

While studying at Harvard in 1986, Blavatnik set up an investment company, Access Industries, working through the night in the kitchen of his tiny Brooklyn apartment. The really big opportunities opened up back home in the Nineties during Boris Yeltsin’s botched privatisation programme. With a Russian partner, Blavatnik began buying up aluminium plants at knockdown prices and became a leading player in the Russian market. Next, he diversified into coal, making a huge profit on a coalfield in Kazakhstan.

Then he moved into oil via a company known as TNK, which was soon embroiled in a gruelling legal and political battle with BP for control of another oil company, Chernogorneft.

For the past few years, Blavatnik has been moving away from the traditional oligarch’s sources of wealth, energy and aluminium. He is now a new digital content empire. Hence his purchase of Warner Music and investment in web-based music streaming companies, including Spotify and France’s Deezer. Since the purchase of Warner, he has acquired Parlophone and artists such as Pink Floyd and Coldplay.

But there is no concealing the fact that his wealth was accumulated in often dirty fights in the former Soviet Union, by buying up assets at rock-bottom prices, in an era when some of his associates were prepared to sail close to the wind. Some, therefore, question the wisdom and morality of Oxford University accepting $128 million from him for its school of government.

“Blavatnik wants his name to stand in comparison to Kennedy’s [which adorns the equivalent school at Harvard], but, really, this is simple reputation shopping,” says Ilya Zaslavskiy, who worked for TNK-BP and is now a fellow at Chatham House in London.

Such concerns are dismissed by Professor Ngaire Woods, dean of the Blavatnik School. Woods says Oxford has grown over nine centuries into a world-class institution through vast private benefactions like this. “We carry the name of Blavatnik with pride,” she says. “Len Blavatnik has stepped up to the plate and said we are going to improve governance with a huge philanthropic gift.”

She describes him as “extraordinarily clever” and blessed with the American immigrant’s drive. Yet, as others have noted, she says Blavatnik is calm in person, almost humble. “He is a natural global citizen. He gets the importance of good governance across the world.” 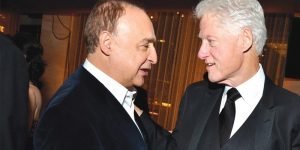 It is sometimes difficult to square this assessment with Blavatnik’s past, but several people — not all beneficiaries of his largesse — said the same of him. It is certainly true that the school reflects its founder’s internationalism, and though Oxford will be proud of its new addition, it will not initially be of much benefit to British students. Of this year’s intake of 63 graduate students, only three or four are British.

The school is constitutionally a university department and Blavatnik would not be able to influence its operations even if he wanted to. But Woods says he is very engaged with the students when he comes to Oxford, and speaks to them individually and at length. Perhaps Blavatnik should be seen in the grand tradition of adventurers with ambiguous backstories, men who eventually need to do good.

Blavatnik’s activities in Britain illustrate vividly how the vast inflows of international money have upended established practice. Money, influence and patronage are linked via elaborate networks of shifting alliances.

Through Access Industries (UK), Blavatnik has given $58,650 to the Conservative Party. Bill Clinton and Mark Carney, Governor of the Bank of England, adorn the Blavatnik School of Government’s international advisory board. Meanwhile, Blavatnik is a generous donor to the Tate, which said it does not discuss individual donors.

Could it be an exchange of money for influence, of vast wealth for respectability? For perhaps, were anything disobliging ever to turn up about Blavatnik’s past or present, the embarrassment would not be strictly personal, but spread widely around his new best friends in high places. Equally, this billionaire makes a good case for altruism.

Either way, as Melinda Gates, a very different sort of philanthropist, once put it: “Helping people doesn’t have to be an unsound financial strategy”.