Jack Andraka says he has discovered a new way to detect pancreatic, ovarian and lung cancer that is 168 times faster, 126 times cheaper and 400 times more sensitive than other cancer detection methods. The teen hopes to soon partner with biotech companies with the resources to develop his sensor as a commercial product. However, the 19-year-old concedes that it will be at least 5-10 years until his device is on the market.

While it’s normal for teenagers to experiment, rarely does their schoolboy endeavors result in a scientific breakthrough. Perhaps that’s because rather than being fuelled by a desire to act out or simply have fun, Andraka’s curiosity was born out of grief. When he was 13, he lost a close family friend to pancreatic cancer. “He was like an uncle to me so when the disease hit so close to home, I knew I needed to learn more,” he explained on the sidelines of a Dubai Innovation week conference where he was a guest speaker.

What the teenager found out was that today’s current method of detecting the disease is outdated and expensive, “resulting in over 85 percent of all pancreatic cancers being diagnosed late, and leaving someone with less than a two percent chance of survival. It’s extremely expensive, costs 800 dollars per test, and it’s grossly inaccurate, missing 30 per cent of all pancreatic cancers. Your doctor would have to be ridiculously suspicious that you have the cancer in order to give you this test. Learning this, I knew there had to be a better way.”

Spurred by his relative’s death from the disease, Andraka started doing research online using simple sources like Wikipedia and Google and carried out experiments at his kitchen table at his home in Crownsville, Maryland. With his older brother Luke as his sidekick, he was soon shifted to his parent’s basement after he cultured dangerous E. coli bacteria on the kitchen stove amongst other things, but soon he outgrew that too. It was around the same time that he got his mother Jane, a hospital anesthetist placed on the FBI watch list. “My brother and I ordered some dynamite on the Internet for an experiment we were planning and before it got to us, my mother was contacted by the FBI,” he chuckles.

He was banned from doing any further experiments at home. But like most teenagers, he fought back and came up with a new plan. “I contacted 200 professors from Universities all over the country and the National Institutes of Health.” To his dismay he only received one positive reply. Fortunately for him, it was from one of the US’s most prestigious universities, John Hopkins. “I had to go for an interview, which I didn’t really prepare all that well for but still I managed to impress them enough to let me use their lab.”

With the resources and support he needed, Andraka invented a four-cent strip of paper that he claims is capable of detecting certain early-stage cancers using a nonintrusive test. His work received recognition for the first time in 2012, when the then 15-year-old entered and came first place in the Intel International Science and Engineering Fair, scooping the top prize of $75,000.

Today, Andraka is still in talks with biotech companies to license his now patented device but he says, “ Hopefully within the next 5-10 years we can do clinical trials and be on the market.” He hopes to retail the potentially live saving device for just $5 and plans to control the cost by stipulating it into the licensing agreement. “I’m hoping to be able to put in a cost parameter, stating that it can’t be more than $5, it’s economic reasoning because it only costs four cents to make so obviously you can get a giant profit of that.”

While Andraka’s potentially groundbreaking discovery has earned him a slew of international awards and cemented his celebrity like status (he has appeared on popular American TV shows and speaks at conferences around the world about his research). He has faced fierce criticism from scientists who have downplayed his research saying that, “it falls far short of changing science and is only a small step toward developing a workable cancer diagnostic.” I put it to Andraka that perhaps his initial enthusiasm caused him to release his research prematurely? He concurs to a degree but points out that he was only in high school at the time. “I realise that, like many early stage medical technologies, there is still much work to be done and that this biosensor will take longer than I initially thought to reach the market. At the time that I initially presented this research I was 15 and had entered it into a science fair, which was what I viewed as the traditional route at the time.” 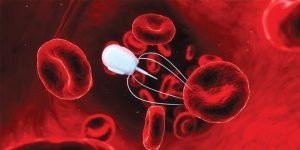 Andraka was also named one of National Geographic’s Emerging Explorers in 2014, which is funding his current research project — developing Nano Robots, which he says are “really small robots” that he programmes using DNA. “They will go into your blood stream and learn how to treat your cancer and so over time they can personalise your cancer treatment, and also precisely genetically engineer certain cells that I want so I could cure diabetics or knock down resistance to a drug if you’ve got cancer.” He’s also been involved in projects in Tanzania where he was able to track water polluters “using tiny strips of paper the size of a postage stamp that can detect 28 different contaminants for less than one thousandth of a penny,” and trace where they are coming from, resulting in 100 polluters being held accountable. And he’s even tackled the deadly Ebola outbreak in his research, outlining the need for accurate data and international statistics.

When listening to Andraka speak about his work, it’s easy to forget that he is still a teenager. He rhymes off stats and breakdowns the mechanisms of a cell with the same glee as his peers talk about sports. “This is just something I do for fun,” he says of his research — indeed it has nothing to do with his degree at Stanford University where he is studying electrical engineering with a dual major in International Relations — although he reassures me he does ‘normal kid things’ too like kayaking, rock climbing and going to the movies with friends.

Intrigued by why he is majoring in International Relations, I gauge his interest in getting involved in politics and his response is as measured as ever. “Right now I’m advocating a lot on the legislative level for open access for research. Both in the state and national level, we’ve pushed to make all federally funded research available to the public. Obama issued an executive order on this, however it still has a long way to go before it’s implemented, we believe a congressional bill in law would be much stronger. I also do a lot of lobbying for research funding especially for pancreatic cancer as its one of the most under funded cancers.” Interestingly, he’s already shared the stage with President Barack Obama after the first lady Michelle Obama invited him as her personal guest to the 2013 State of the Union Address.

However, don’t expect to see Andraka use his ‘celeb status’ to pursue a cause he knows nothing about. “[Mark] Zuckerberg tried to revolutionise the schools in Newark and it was $100 million dollars down the drain and the school system actually became worse so I’m very cautious about people who don’t actually know what there talking about getting into these policy decisions so I’d only try an influence policy when I know enough about it,” he says. Right now he’s on a crusade to ensure his generation and future generations to come have access to the Internet and therefore don’t fall victim to knowledge poverty. “Right now 85 per cent of the world’s population doesn’t have access to the Internet which is a travesty, we are wasting so much human potential,” he says.

He also points out that 90 per cent of scientific articles are locked behind pay walls and are inaccessible to the general population. “When we do free up information and anyone is able to innovate then that is when we will have these big breakthroughs.” I guess he needs some competition.