Acclaimed filmmaker Valentina Castellani-Quinn has teamed up with H.R.H Prince Nereides Antonio Giamundo de Bourbon and the United Arab Emirates, to produce her latest film that centres around polo—the sport of kings, which was presented at the Cannes Film Festival this past July.

“Our attitude and courage is what makes us kings, not the sport or our social status,” she highlighted. 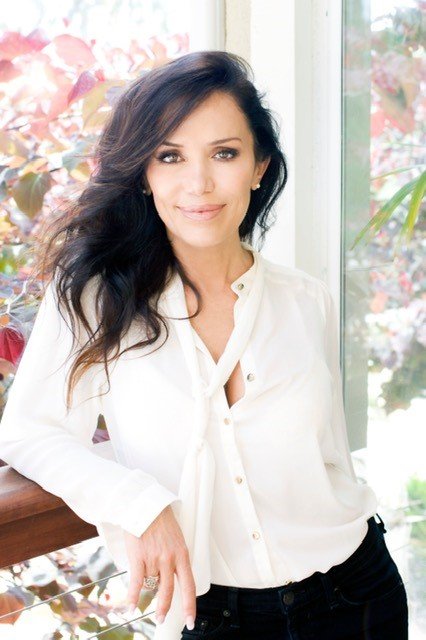 The award-winning film producer is the president and chairman of Quinn Studios Entertainment, an L.A.-based production company that she launched in memory of Francesco Quinn, her late husband and son of Oscar-winning actor Anthony Quinn, who passed away in 2011.

In this interview, we had a chance to catch up with Castellani-Quinn, who shared her insights about Polo, and life as a filmmaker.

I love producing films about sport. In 2019, our film Wonderful Loser was a candidate for an Academy Award and won several awards at 18 international film festivals.

About a year and a half ago, I read this beautiful true story and fell in love with the message. Since last year, my production Company, Quinn Studios Entertainment, joined forces with Nereides Group, HRH Prince Nereides De Bourbon, a dear family friend and long time colleague. I shared the idea with Nereides and we both decided to produce Polo together.

Polo for centuries has been considered “the sport of kings,” a very exclusive royal sport, destined only to the elite class. Our story tells a different tale, one where it is actually our courage and our attitude as human beings that truly makes us kings.

In the last year, I collaborated with Francesco Mitrano, President of The Monte-Carlo Polo Federation, who is the Sport Consultant for the film. Watching his team play made us realise the rich traditions and code of ethics behind this sport and its noble roots. The relationship between man and his horse and the team work involved, brought us back to the secular polo traditions developed by Argentinian gauchos, where the sport is considered a family tradition, passed down each generation from father to son. The level of pride is akin to their attachment to their land, animals, and family spirit. I loved this aspect of polo and wanted to capture it in a film. 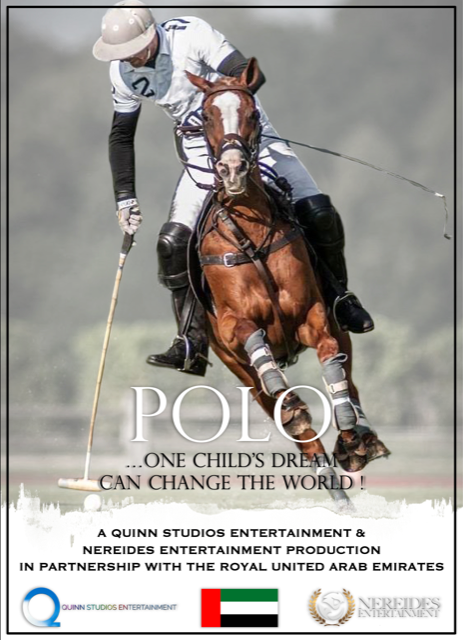 I look for a story that stretches my limits, that makes me grow and learn new things. I look for a story that inspires me and will hopefully inspire others. A story with human spiritual content, a sense of courage and hope. I also believe that the right projects come to us in a sort of magical way. We are all destined to a journey, we just have to decide to walk through it, no matter the obstacles. Because when we make that decision, we discover our true self through the journey.

Quinn Studios Entertainment, my production studio in Hollywood, alongside Nereides Group, is producing two documentaries on Native Americans and alternative energies to oil, entitled The White Snake, which has already started filming in the Native American Reservations; and a documentary on the albino community in Africa. I like to choose subjects that touch the human spirit, makes us reflect, expand, and go into dark, forgotten places to bring light to it.

Probably the presentation of our film One Rock Three Religions (www.onerockthreereligions.com), which received the U.S. Congress Award recognition. Because of the impact of this film, two new bills were created for the protection of minorities in the Middle East. This is the powerful impact a great film or documentary can have.  It can literally shift society at the government level. Nowadays, a film is the most powerful platform to convey an idea.

CC Forum is a business sustainability forum, a kaleidoscopic summit where organisations meet, discuss and compare business models, and initiatives and projects geared towards world sustainability. This year, with the impact of Quinn Studios Entertainment, we also put an emphasis on women empowerment and social impact entertainment. 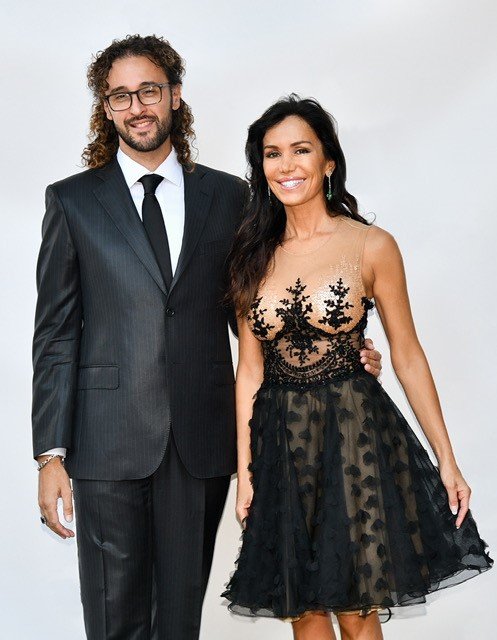 I started very young as an actress, but it was never my calling. I preferred being a visionary. I then worked as an assistant producer alongside award-winning composer Andrea Guerra, in the award-winning film The Pursuit of Happiness, produced by and starring Will Smith. Working with such amazing talent inspired me tremendously. The film’s true story and its narration made me feel inspired to  challenge myself more deeply. It was with the sudden death of my husband though, Francesco Quinn, that I embraced the producer position.  I needed to find the journey back to joy, to inspiration, to serenity. Creativity has always been my way to transform reality, to heal, to grow. It was only in 2012, when I launched Quinn Studios, that I truly became a real producer.

I believe a project, like the inspiration to start a job, is an initiative that comes to you, not vice versa. I see the role of a producer as the one of a storyteller, A producer has the complete vision of the film project. It feels more complete, like coming full circle.

Winning the Human Rights Award, having two films in the running for an Academy Award, but also tackling important topics and being able to make a difference, working with people from all walks of life, and having the opportunity to speak at the United Nations. These were important moments that defined my work and my growth as a filmmaker, and most importantly, as a human being.

I believe one of the biggest challenges is getting everybody to swim together as one, like an orchestra. Each individual is an important piece of the puzzle and needs to feel certain and serene in order to give their best. A producer is there to guide, to coordinate, to listen, to remind everybody of the complete vision, and to humbly solve problems.

Find a moment to connect with the people I love—my family, my daughter—no matter where I am in the world. Also, discipline, ethics, staying flexible in order to evolve, and to reflect often. Every day I challenge myself  to refine my vision. Showing up on time, taking every opportunity to be of service. These are choices I make every day and find essential for my career, but also for my personal growth and happiness.

Lorenzo Soria, the former President of the Golden Globe Awards HFPA, has been a great mentor and like a father figure to me. He taught me so much about this business. He passed away last July, but I can always hear his voice when working on a new project. Lorenzo’s great personality, combined with his knowledge and sense of humour have been of great guidance to me and the film industry, and are greatly missed.

Write or paint and be an artist.