The 10 richest people in the Swiss watchmaking industry

There’s a reason they say time is money.

While one side to the story of the Swiss watchmaking trade is that of a cottage industry born out of a response to adversity during the reformation movement, the other is of a number of rags-to-a-million-dollar stories. Among them are epochal tales like that of Jean-Claude Biver who purchased Blancpain for $22,000 in 1981 and then sold it a little over a decade later for $60 million or even that of Nick Hayek Sr., a Lebanese immigrant who arrived in Switzerland in the 1950s and went on to become the co-founder of the Swatch Group which is today one of the largest conglomerates of luxury Swiss watch brands.

Swiss business magazine Bilanz publishes an annual rich-list of Swiss residents each year, and culled below are the ten richest people from the Swiss watchmaking industry to feature on that list this year. Here, in descending order.

At age 50 and faced with the prospect of retirement, Raymond Weil decided instead to establish an eponymous Swiss watchmaking company. Mainly known for its accessibly priced wristwatches, it hasn’t shied away from making quartz watches in addition to mechanical timepieces. Today, it is helmed by his grandson Elie Bernheim. 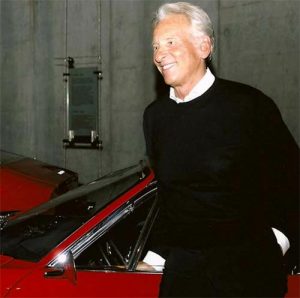 It is believed that at one point, Jean-Pierre Slavic, who specialized in manufacturing watch crowns, supplied 85 per cent of the global market before selling his business to Rolex in 2001 for a fortune. Today, he is well known in the rarefied orbit of mega classic car collectors – he has a private underground museum located at his chateau on the banks of Lake Geneva and has a penchant for collecting vintage Ferraris.

Here’s a brand that flies well above the radar. Known for its strong connect to aviation, the rock ’n’ roll watchmaker operates out of its sprawling facility in La Chaux-de-Fonds and makes some of the most robust aviation-themed chronograph watches for men. 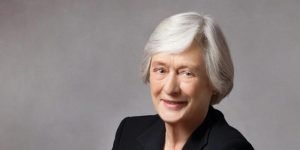 Audemars Piguet is a family-owned Le Brassus-based watchmaking giant that has produced grail timepieces like the Royal Oak. While the quartz crisis of the Eighties and the financial crisis of 2008 nearly engulfed the company, it has persisted and resisted the temptation to sell its business to a large conglomerate in order to maintain its independence.

The Borer family was the exclusive movement supplier to Rolex for a lengthy period of time. In 2004, it sold its business to Rolex for a handsome payout, landing this family in the list of the world’s billionaires. 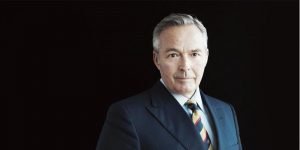 The charismatic Karl-Friedrich Scheufele and his sister Caroline together run one of the world’s most glamorous watch and jewellery companies. Chopard is a name that has become familiar among A-listers due to its association with prestigious events like the Cannes film festival and the Mille Miglia classic car race, where every participating team receives a special-edition Chopard Mille Miglia timepiece.

Bucherer started out as a watch retailer for a number of Swiss brands (something it still does until today) before branching out to manufacture its own line of watches. A significant number of tourists visiting Switzerland each year pick up a watch while on holiday. As a retailer that stocks on a number of brands, apart from its own, Bucherer has successfully tapped into that transient customer base – famously, it hires Mandarin-speaking staff in its major Swiss boutiques. 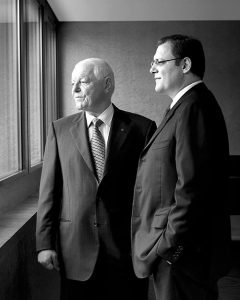 If the triumvirate of Swiss watchmaking industry comprises of Patek Philippe, Vacheron Constantin and Audemars Piguet, then think of Patek Philippe as the head of the family. It is, arguably, one of the most venerable Swiss watchmaking brands with a pedigree dating back 177 years. The Stern family bought over the company in 1932, and is now led by Thierry Stern who took over from his father Philippe. The marque continues to make some of the most technically intricate mechanical timepieces apart from regularly breaking records for the most expensive watches sold at auctions. 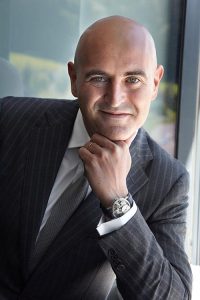 Nick Hayek Sr., a Lebanese immigrant to Switzerland, was tasked by a group of Swiss bankers to supervise the liquidation of two watch conglomerates, ASUAG and SSIH that were badly hit by the quartz crisis of the Eighties. Instead, he reorganized them, turned them into profitable ventures, and together with a group of investors merged them under the banner of what is today known as the Swatch Group. The group owns a number of Swiss watch brands, but the most prestigious in its portfolio are Breguet, Blancpain and Jaquet Droz. These three brands are now directly managed by his grandson, the aesthete Marc Hayek. 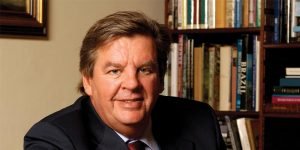 The South-African multi-billionaire is the chairman of the Richemont group that owns some of the world’s most admired luxury watch brands including Vacheron Constantin, A. Lange & Söhne, Panerai, IWC, Jaeger-LeCoultre and Cartier. Richemont is the world’s second largest luxury goods conglomerate, surpassed only by French leviathan LVMH.