GC travels to Scotland to discover that the country is looking eastwards to boost one of its oldest economic mainstays.

Its rolling hills, lush meadows and enchanted forests sprawl for miles on end, carpeted with purple heather and without a soul to be seen anywhere. It seems impossible but this rustic scene of rural idyll, with a population of less than 100,000, holds the key to Scotland’s second biggest industry after oil and one of Britain’s most lucrative exports. Scotch whisky generates $5.48 billion in trade for the UK’s coffers and contributes more than $1.5 billion to the Exchequer in taxes, making up for a quarter of all Britain’s food and drink exports, according to the Scotch Whisky Association (SWA).

Fringed by the Cairngorm mountains and the North Sea, Speyside has been producing whisky for centuries. More than half of Scotland’s 116 distilleries are tucked among its picturesque glens and valleys, with Speyside’s temperature climate, natural springs and abundance of barley and yeast lending the perfect environment to produce whisky en masse.

Until the industry was legalised two centuries ago, about 200 distilleries operated illegally in the foothills, churning out moonshine for the local population and keeping one eye out for the taxman, who — thanks to the landscape — they could see coming from miles away. Most were family-run affairs but these days, not only are a significant number run by international giants but they are increasingly looking outwards to emerging markets to secure their futures.

In a sign of increasing modernisation and globalisation—and perhaps inevitably with more than 90 per cent of Scotch whisky exported — foreign firms now own a huge chunk of the industry and very few Scottish distilleries are still in family hands, among them Glenfiddich and Glenfarclas. 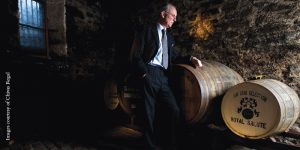 Distillers are now focusing on emerging markets, with the drink’s long legacy of heritage and romanticism finding a new audience in the Middle East and beyond. Over the last few years, it’s been noted that while exports to the UAE are on the rise, those to the US — Scotch whisky’s biggest market worth more than $1.1 billion — were on a gradual decline. Japan, Taiwan, Thailand and South Korea, by contrast, saw burgeoning sales.

Manufacturers are now aggressively tapping into a new, wealthy audience by hiring brand ambassadors to introduce potential customers to the history and romance of a product bred by nature in the Scottish Highlands and now being fostered thousands of miles away. Among them is one of the key players in the market, Chivas Brothers, whose parent company Pernod Ricard owns a broad portfolio of wines and spirits, from Absolut vodka to Jacob’s Creek. Chivas hired about 30 country ambassadors, overseen by four global ambassadors, who roam from Kazakhstan to Angola, Lebanon and India to teach the intricacies of appreciating the spirit.

“We are expanding to emerging markets and meeting new consumers in new countries,” says Laurent Lacassagne, chief executive of Chivas Brothers. “Dubai and the Gulf are very significant markets in terms of size and visibility. Dubai is a symbol of modern luxury and a good fit. It is obviously more challenging to communicate the values of the brand [with alcohol regulations] but it is not the only market where this situation exists.” 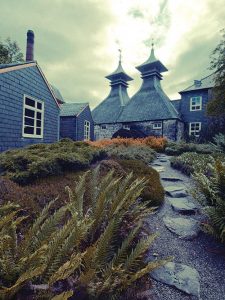 Yet despite looking eastwards, it says much that many of the age-old, time-honoured traditions of producing whisky in the tranquil spot of Speyside have been preserved, making it easy to forget that conglomerates now rule the roost. Beyond the quaint, cobbled courtyard of Strathisla distillery in Keith, Speyside, the Highlands’ oldest operating distillery dating back to 1786, ancient ledgers and its historic owner’s mahogany desk have been kept intact.

Whisky from Strathisla — which was bought by Chivas Brothers in 1950 before Pernod Ricard took over the company in 2001 — forms the heart of all Chivas Regal blends. Just as in years gone by, malted barley is still ground to grist, then mixed with water from the Broomhill spring in mash tuns, fermented with yeast in giant Oregon pine washbacks and distilled twice in copper stills before the final product is piped into American oak or sherry butt casks and left to mature in temperature-controlled warehouses for at least three years.

Aside from the introduction of the three-year rule in 1916, the process has changed little over hundreds of years and the three ingredients of water, barley and yeast remained the same — but technology has ramped up production on a vast scale. 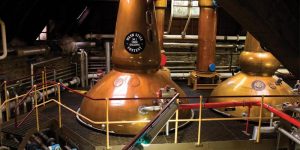 The taste has become more refined too. As the coarse, fiery, potent spirit mixed with cheaper grain whisky became regulated, the “water of life” — or uisce beatha in Gaelic — developed into a connoisseur’s luxury product, with aficionados swearing by aged single malts, a process which is a relatively new mid-20th century invention. But Colin Scott, master blender for Chivas Regal, says despite snobbery from single malt devotees, blends can produce harmonious whiskies, which enhance the qualities of their components. Chivas’ limited edition Century of Malts 20 years ago blended 100 of Scotland’s finest single malts and became a collectible item.

In 2015, the firm launched Chivas Regal The Icon, initially sold exclusively in Dubai before being released worldwide. At $3,500 a bottle, it contained more than 20 blends, including malt whiskies from distilleries in Strathisla, Glen Keith and Longmorn as well as smoky peats from Islay. “We are the guardians of the past, the present and the future,” says Scott. “We take whiskies from the past to create a present. Our blends contain some of our most aged and rarest whiskies. Some have come from distilleries which no longer exist and will never produce again.”

Indeed, the company, which owns 14 Scottish distilleries, is reinvigorating the industry. It bought the tiny, mothballed Scapa distillery in the Orkney Islands and began producing its sole single malt once again in 2004. Alex Robertson, one of the global brand ambassadors, says his job involves selling Scotland as much as whisky. “We are there to convey the craftsmanship, the history and the flavour,” he says. “My job is to represent the people you see making Scottish whisky. Emerging countries are really beginning to come to the fore. There is a burgeoning middle class with money and they want to enjoy the luxuries in life—and Scotch is one of those luxuries.”