The Bernardaud porcelain business is unbreakable

Michel Bernardaud is the fifth generation to lead his family’s porcelain business.

Michel Bernardaud, the scion and CEO of the 153-year-old porcelain brand that shares his name, could have had a career flipping burgers. “When I travelled to the US in the Seventies, I was very impressed by the fast food industry,” says the businessman. “At the time there was still not a single fast food restaurant in France. And I thought, maybe I should bring them over.”

Although he clearly didn’t follow that direction, it wasn’t necessarily his plan to join the family business, either. Michel was two years out of university and working in the construction sector when his father, Pierre, asked him to join Bernardaud. “I was shocked,” says Michel. “My father never talked about business at home. I had no idea of the size and sales of the company. I knew we were doing porcelain, but I was not raised with the idea that I would work with him.”

Michel joined the company in 1979 and became CEO in 1994. He represents the fifth generation of family leadership in the privately owned business that was established in Limoges, France in 1863. Under his aegis, Bernardaud has grown into a workforce of over 400 people with an annual output of four million pieces. Seventy per cent of the brand’s output is designated for export markets. Michel was in Dubai in October for the opening of the new Bernardaud boutique in Dubai Mall. 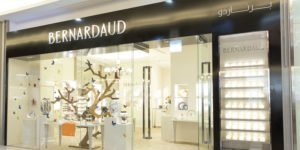 One of Bernardaud’s core values is to stay closely attuned with design movements. “The ethics of my company, at least business wise, is never compromise quality and stay very close to the world of creation,” says Michel. “We are a product that is very old, but simultaneously, it needs to be of the time.”

This meant that Michel’s great-grandfather, Leonard, was instrumental in the Art Nouveau movement. His sons, Jacques and his brother (also named Michel), took a boat from France to New York to see what was happening with Art Deco. Pierre commissioned Raymond Loewy to design the first contemporary porcelain dinnerware service set.

In Michel’s case, there isn’t a particular adherence to a singular style or form. “We have a range from traditional to contemporary,” he said. However, by establishing the Bernardaud Foundation in 2003, Michel has connected his brand with contemporary artists. “We wanted to promote porcelain as a medium for artists to express their talent,” explains Michel who is “a modest art collector” himself. 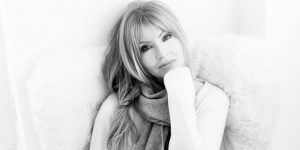 Past collaborations have included Jeff Koons, Sophie Call and David Lynch. But don’t ask Michel which was his favourite, “That’s like asking a parent to pick their favourite child,” he says with a laugh. “But working with artists now is much easier than it was in my grandfather’s time. Now I can take a plane to Tokyo and meet Murakami the following day, or fly to London to meet Damien Hirst in the afternoon.”

In 2006, Bernardaud was awarded “Entreprise du Patrimoine Vivant” by the French Ministry of Economy, Industry and Employment. This honour, designated as part of the living heritage of France is given to French companies that preserve cultural legacies with their reliance on traditional crafts and industrial processes to create products of excellence.

This dedication to handcraftsmanship is something that Michel is extremely passionate about. “In the Western world, it can be difficult to find people to work in this industry. Young people are more intellectual; there are fewer that want to work in factories. But the problem is that the intelligence of the hand is not recognised well enough.” Adding, “A human being can express their intelligence or their talent through their hands in addition to the brain. It’s important to recognise that and to bridge that gap. It is difficult to nd people who still care about these things.”

Michel says that the challenges to his family-owned business are the same that affect all family businesses. “The challenge is to grow the company despite everything that can happen in life, accidents, or taxes while trying to maintain unity in the family. But this is the story of the typical family business. You have to try to be smart. You have to avoid nepotism.” To the executive, these issues are far more manageable than what his ancestors had to deal with, “We were invaded three times by the Germans and we had to deal with the 1929 Depression at a time when 90 per cent of our production was going to the US.”

Michel, who has two siblings who also work in the family business, is still unsure whether his children, nieces and nephews will follow in their footsteps. “You have to be capable of finding the right leader. Yes, if they are from the family that’s wonderful, but they also have to be capable business wise and on the human side too. Family businesses are always based on relationships, and managing those are very important.”