Coming from a long line of distinguished perfumers, Frederic Malle knows the sweet smell of success

It came as no surprise when Frederic Malle, founder of the perfume company Editions de Parfums, ended up working with fragrances. His grandfather Serge Heftler Louiche founded Christian Dior Parfums while his mother worked as the brand’s art director, frequently using young Frederic as a test subject for her creations. At one time as a child, he even occupied the former bedroom of master perfumer, Jean-Paul Guerlain.

“My mother said she had to repaint the walls in the apartment so many times because it was soaked in Guerlain perfume,” recalls Malle. With this pedigree behind him, Malle gained early experience working as a consultant for corporate perfume houses but soon became disillusioned with their direction. “In the 1990s, perfuming went south. It became invaded by marketing people. Big brands were catering, with the same fragrance, to please everyone ranging from the Innuits to the Africans, the French to the Americans. This huge one-size-fits-all kind of thing was going against all the principles I had inherited,” he says. 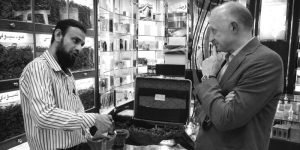 Malle established his first shop in 2000. With Editions de Parfums, he set out to revive the 19th–century methods of perfume-making using the skills of one master perfumer. He likens himself to a literary editor, guiding his talent toward fulfilling a creative vision, hanging their portraits on the walls of his stores and printing their names on perfume bottles. “It is a small world and we have all known each other for a long time,” says Malle. “I have known [the perfumer] Dominique Ropion for 25 years. He is probably the best perfumer in the world – he will go down in history. His career is amazing and his talent is proportional.”

In 2015, Editions de Parfums became part of the Estee Lauder group, a move which seemed surprising for a brand that has gathered a loyal, elite following without the use of marketing, advertising or celebrity endorsements. In this instance, however, Malle found a particular synergy with the family-owned cosmetics giant. “My grandfather left a very strong legacy in terms of how to do things and my mother always stuck to that. We heard that song, which we thought was so boring, all of our lives as kids. 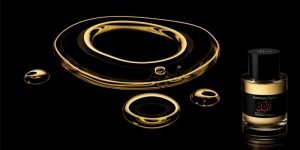 “When I met Leonard and William Lauder, it was exactly the same song. Many people have approached me to try to buy my company or get a share of it and none of them had the same tune, ” he says. Malle adds that the inspiration for his fragrance, The Night, came from a dinner party in New York when Malle, seated next to a Saudi royal, became enraptured by her unique scent. The two quickly became friends and the princess finally revealed the ingredients of her signature scent. The Night, created in collaboration with Dominique Ropion, is composed of authentic oud from India mixed with Turkish rose and amber. Malle’s scents are often inspired by real people, such as an aunt or his father’s charismatic best friend.

Malle says the Middle East market is unique due to its strong traditions of men and women wearing scent. “In Europe and North America, men seek reassurance from their perfumes. They want to smell clean and manly. But in the Middle East, perfume is a way to define yourself, to set your mark, to say who you are. They look for something very specific. They want something long-lasting, soothing, mysterious and deep. It is more than the quality of the perfume. They are more confident.”