Legendary hotelier Sir Rocco Forte is expanding in the Middle East and aims to become the go-to name for luxury hotels in Italy.

“When you get to my age, you have done most things so business is the most exciting thing. You are creating something that is your heritage,” says Sir Rocco Forte.

At the age of 71, the legendary British hotelier is showing no signs of slowing down and, with an expansion of his eponymous hotel empire underway, including his first site in Saudi Arabia, he is a long way from retiring. He is looking dapper in a sand-coloured suit and gold tie, which seem to be a nod to the desert-and-glitz anomaly that is Dubai, works out with a personal trainer five times a week and cycles and runs regularly. He only gave up competing in triathlons five years ago.

But if he has a lot of running to do, it is to keep up with often precarious and tricky negotiations in many of the regions he hopes to branch into, the changes technology and new development have brought to his industry and, most importantly, to keep pace with his two young daughters, who have already joined the family business and will no doubt one day run his empire. Lydia Forte, 28, oversees the catering side of the hotel portfolio while her sister Irene, 26, looks after the Forte brand. They have already brought in new innovations inspired by their own lifestyles, such as improved spas, a Rocco Forte Nourish healthy menu and low-fat minibar snacks. Their recently graduated brother Charles, 23, is expected to join the fold within 18 months.

“It is the most exciting thing because they are an extension of yourself and have all the enthusiasm of youth, which adds a sort of zest to the company,” says Sir Rocco.

“Healthy living is an important factor and my children are very into that. I am not on all this social media stuff but they already have hundreds and thousands of followers.

“People are fed up of talking to me but they can talk to my daughters in a different way about other interests and on different types of media. From that point of view it is great.”

While his daughters bring a youthful vibrancy to the Rocco Forte Hotels group, the company founder is avowedly old school. He grumbles when he cannot operate the iPad-controlled room settings in his suite in Dubai’s Armani Hotel—“I have an iPad but I never use it”—and prefers the old way of doing things, when a gentleman’s handshake was as good as his word.

“It happens rather differently now. It is a shame actually,” he says over gnocchi, burrata and brandade in the salubrious Cipriani restaurant in Dubai International Financial Centre. “Everything is so hard-nosed. Things are too much about money for the sake of money.

“A lot of investments are about 15 per cent IRRs [internal rates of return, used to measure profitability]. Merchant banks only care about the fees they are going to earn. They do not care if you do a good or a bad deal whereas in the old days they cared, there were long-term plans, they gave you the right advice. It might come back but I doubt it.” 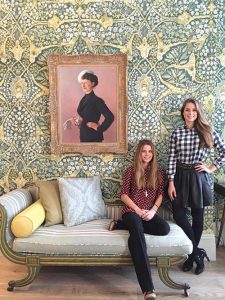 He is pragmatic rather than cynical, though, particularly considering the Fortes have had their fingers burned more than once. His father, Baron Charles Forte, spent 60 years building the multibillion dollar hotel and leisure conglomerate Forte Group, only to have his legacy snatched away in 1995 with a $5.6 billion hostile takeover bid by the UK television production firm Granada. The portfolio of 800 hotels—including the George V and the Plaza Athenee in Paris and the Ritz in Madrid, as well as 1,000 restaurants—was unrivalled in its profitability but was broken up almost overnight and sold off, says Sir Rocco, for “less than they paid for it. It was a complete waste of time”.

For Sir Rocco, who had only succeeded his father as chairman four years earlier, it was a devastating blow but he immediately got to work seeing if he could buy back the four and five-star hotels amid rumours Granada planned to sell them. Left with $511 million from the takeover, he began fundraising. The $1.5 billion he raised over five months came too late to buy back the hotels but it was enough to get him started from scratch with his own luxury hotel brand in 1997. Four years later, he was allowed to use the Forte family trademark once again.

“I had a period of thinking, ‘what do I do?’ There were six or seven months when I could not do a deal and nothing materialised,” he says now.

“Eventually the Balmoral [hotel in Edinburgh] came along. It had been there for three or four months and I had not managed to agree a price. Eventually I found a way of raising my price and went to see the bank. I gave the guy my spiel, he went upstairs, came down with the managing director and we shook hands there and then.”

His portfolio of 11 luxury hotels now includes the Assila in Jeddah, set to open in September. It is new turf for Sir Rocco after a failed attempt to expand into the Middle East with an Abu Dhabi site. He only lasted there for two years, pulling out in 2013 amid complaints it was in the wrong location and promised development nearby never happened. Before the Arab Spring, he toured Egypt, Lebanon, Jordan and Syria and had six Middle Eastern projects in his sights, including a refurbishment of Cairo’s Shepheard Hotel, but most are now on hold.

“Jeddah is the only hotel to remain,” he says. “Once the hotel opens, we will have a calling card in this part of the world.”

He is tempted by Oman’s “beautiful scenery—there is a lot you could do there” but does not have “a vision for what I would do in Dubai which is different to other hotels”.

Meanwhile, he has hired a development director for the first time to allow himself more time to act as an ambassador for the brand and reinvigorate the company, which was hard hit in the 2008 recession with sales dropping by 40 per cent year on year.

Sir Rocco also has his eye on New York and Marrakech but it is his father’s Italian roots which are proving the biggest lure. He wants Rocco Forte Hotels to become “the Italian luxury chain right across Italy” and take his portfolio up to 30 hotels with sites in Milan, Venice, the Amalfi coast and Sicily, where it already has a presence with his golf resort. In return for 23 per cent of the company, the sovereign wealth fund Fondo will invest an estimated $344 million in hotel acquisitions and renovations. After a lull in fortunes, it will come as a welcome return to expanding rather than simply treading water.

“I think I could still keep the existing ethos and have a really worthwhile company,” he says. “I have a strong sense of Italy and after the UK, know Italy as a country best. I am excited about it. I have no plans to retire. While I have got the energy, I want to keep busy.”