Luxury shoe brand, FACTO, makes kicks that have got the attention of P. Diddy and Usher too.
In Japanese “choiwaru oyahji” loosely translates into “slightly badass older gentlemen.” Victor Hsu, a US native, was living and working in Tokyo when he discovered a select group of affluent, stylish men who frequent exclusive VIP establishments in the city’s hip enclave of Nishi Azabu. Later, these men would become the unconventional muses for Hsu’s  hip new shoe brand, FACTO.

It’s possible that what 30-something Hsu saw in the “choiwaru oyahji” was a reflection of who he aspired to be in a few more years. Hsu studied Finance and Marketing at NYU before starting a job as a buyer for American department store, Lord & Taylor, followed by time as product developer for Express, then part of retail conglomerate, Limited Brands. He first became involved with footwear while working for sneaker brand, JUMP, initially as their Director of Marketing and also, later, as a licensee opening stores in Japan. While living abroad, Hsu was introduced to the country’s relentless fixation on perfection and customer service, a discipline that stayed with him. “In every aspect of Japanese life, the attention to detail, quality and customer satisfaction was different from anything I’d ever experienced. Whether you’re at a convenience store or having highbrow sushi in Ginza, there is an understood expectation for service and quality,” he says. 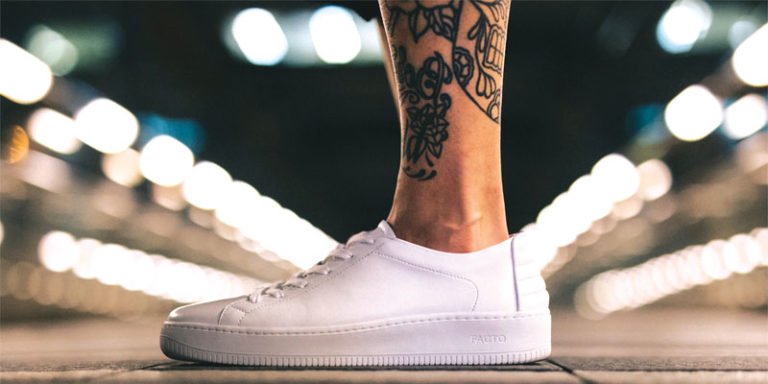 He also set out to create something that could be timeless. “I felt as a consumer, we were becoming increasingly conditioned to like things based on hype and being herded into a commercial cycle of planned obsolescence and waste. We’re taught to love it, leave it and then move onto the next thing. To me it’s a wasteful practice, albeit pro table, but something I wanted and even felt obligated to distance myself from as a creator of a new brand,” he says passionately. He immersed himself in the design process, and despite not having a design background, began sketching and understanding sneaker craftsmanship.

Hsu launched FACTO in 2015 with a collection that hinted at a mix of vintage and futuristic references. The sneakers are made in Italy, in the same factory Lanvin and Louboutin are produced, but offered at more accessible prices, starting at $450. The initial offering for the Fall/Winter 2015 included a limited release of 700 pairs that were signed by Hsu himself.

“It was almost too easy,” says Hsu of the positive response to his shoes, as though he’s still surprised by it. After he finished his first collection, he had already missed fashion week season, so he set up meetings with various buyers. His shoes are now carried at some of the most exclusive stores in the world including Saks Fifth Avenue and Bergdorf Goodman in the US, Holt Renfrew in Canada, Harvey Nichols in the UK and Level Shoes in Dubai. 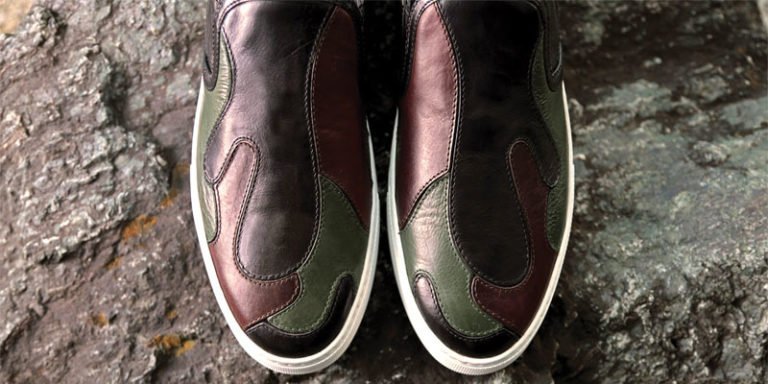 Life came full circle for the young designer, “I came from that buying background. It was my proudest moment to have developed something from scratch and then seeing it get accepted by my peers.”

It wasn’t too long before celebrities followed suit. R&B singer Usher purchased several pairs from Fred Segal in Hollywood. P Diddy owns a pair which then got Kanye West’s creative collaborator, Tracy Mills, interested in purchasing a few. The future for the brand includes collaborations with Mills and with California based fabric brand, Matiere. He is also intrigued by the process of combining phone technology with his footwear using NFC (near eld communication) where a chip inserted in the shoe sends out a radio signal and holding a mobile phone over the product can do a number of things, including offering information about the style, inspiration and provenance of the shoe itself. Badass, indeed.