In centuries gone by, it was pirates who seized treasure and buried their loot, according to folklore.

Then colonisation introduced a new form of piracy with foreign invaders getting rich off the fat of the land.

Trading precious stones has rarely been without controversy in history.  But one company aims to reverse that tainted legacy by putting something back.

Since it started five years ago, the UK-based coloured stones company Gemfields has quickly gone from nothing to producing one fifth of the world’s emeralds. It also claims one tenth of the ruby market and is close to matching that in the amethyst trade.

But Gemfields says it is not in the business of a one-way trade. In areas where it operates, such as Zambia, it has built schools, health clinics and set up farming projects to give back to communities.

But isn’t it difficult to defend a British company marching in to take jewels from an impoverished African treasure chest? 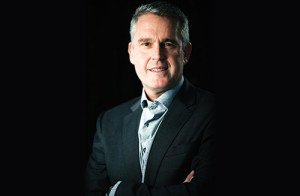 “You’re right – England historically colonised the world and has a reputation of stealing all the wealth,” he says.

“But we have come in and before we made a penny we put power, we did schools, we made investments.

“We are committed to our workers’ education. Wherever we mine, we focus on building schools, [we build] clinics for free healthcare and farming projects.”

He says before Gemfields set up its ruby mine in Mozambique, the government never saw a dime as gems were smuggled out of the country through Tanzania.

The coloured gems market is growing exponentially and Harebottle says timing is everything, factoring into much of Gemfields’ success story.

Coloured precious stones had been neglected in favour of diamonds. Emeralds and rubies had been left to small-time miners who were doing things inefficiently and inconsistently, ruining the land and causing global prices to fluctuate wildly.

Then Gemfields stepped in, bought the largest emerald mine in the world with the help of the Zambian government and instilled some order.

Why did no one think to do this sooner?

“I really don’t know,” says Harebottle. “But it came together and for us it is our life. We couldn’t think of doing anything else yet colour stones were there forever and people took that for granted.”

Of course, the story behind Gemfields – which boasts the actress Mila Kunis as an ambassador – is not quite as simple as that. The company has modelled itself on a vision of ethics, something Harebottle says has helped, not hindered, profits.

Success has also taken hard work, vision, good fortune and some stellar resources – the Zambian emerald and amethyst mines and Mozambiquan ruby mine producing the glittering jewels in the Gemfields crown.

But it is the community partnerships which Harebottle thinks has underpinned Gemfields’ success.

Harebottle says this is about “the power of togetherness”. A concrete example of this in action at Gemfields is the partnership with employees. A major cornerstone of Gemfields, Harebottle says, is non-exploitation of workers, from fair wages and universal worker training to a host of corporate social responsibility (CSR) programmes.

Farming projects near the mines aim to transform the environmentally devastating small-scale farming into larger, more sustainable projects and have had a knock-on effect on the economy.

“We bring in experts to help [the farmers] work better,” says Harebottle. “The idea is we create them as a seed project, then we buy our fresh produce back from them at market price. It saves us money because normally we would have to travel all the way into town.”

“We did not have to change our business model. We have actually managed to turn what seems to be a cost centre into a profit centre.

On the one hand, training your staff as much as possible is a cost centre. On the other, they can give you more and tend to stay with you longer because they feel they have got a future. Recruiting people is very expensive.”

He takes the same approach with environmental promises to leave the land being mined in as good as, or a better, state than when the company took over, or gives the mine to market guarantee with gem traceability from source to sale.

Customers are also increasingly choosing ethical gems – as long as the price is not significantly different.

It seems to be working as, says Harebottle, share prices have gone from three cents a share to nearly 78 cents in five years. Revenue has also soared to $160 million with a market cap going from $7 million to just under $500 million.

Meanwhile, the price of emerald carats has risen from 50 cents to $6 in the same six years – largely due to the certainty and popularity Gemfields has brought to the market.

It has also introduced regular ruby and emerald auctions, something previously unknown to the gem world.

In Zambia, 80 per cent of the $100 million which came from emerald exports went back into the country. For the previous three decades before Gemfields took over, the same mine was returning less than $5 million.

The company’s commitment to paying taxes means while Gemfields exports just over half the emeralds out of Zambia, “we are responsible for at least 90 per cent of the revenue that comes back into the country for emeralds”.

Gemfields has created such a reputation of good governance and contribution back to the country, says Harebottle, it has been invited by the governments of gem-producing Sri Lanka and Colombia to set up similar operations in their countries.

So while foreign investors are often viewed with a degree of mistrust and trepidation, “the moment we say: ‘We are Gemfields’, we always get respect.”