The Scent of Success

Heir to a long line of cognac producers, Kilian Hennessy has created an independent perfume label with a cult following in a world dominated by global brands

Smiling, in a white shirt and stirring a double expresso, Kilian Hennessy, the grandson of the founder of the LVMH luxury group (the H represents his surname while he was named after the founding patriarch) seems perfectly at ease. “We have been here for two years but until recently, we had no cash to refurbish the place,” he says without blushing.

It is an understatement that only hints at how well Hennessy and his company are doing globally now. But it is a tradition in his family to keep a low profile when it comes to business. His father has always been discreet and often went to the office by bus when he started working at Moët Hennessy. Even though he grew up without much fuss between his house in the country, Paris and the family chateau, Hennessy doesn’t trade in on his family name. He has even named his commercial brand Kilian rather than using his surname.

Was it inevitable he would end up in the luxury industry, considering his gene pool?

“It is true I learnt at a very young age to appreciate nice things,” he says. “But it was by accident I chose perfume.”

After studying perfumery, Hennessy concocted scents for Dior, Paco Rabanne, Alexander McQueen, Armani and L’Oreal until he had an epiphany of sorts.

“I was having dinner at the Baccarat lounge in Paris and there was an exhibition about crystal and perfumes throughout history. I was fascinated by the luxury of this industry in the 1930s.”

The next day he resigned from L’Oreal to start his own brand from scratch. With 10 years’ experience, Hennessy knew exactly which direction he wanted to go in, if not the adventure he was in for.

“I never thought I had the temper to become an entrepreneur,” he says. “Until then, I had always been number two and I think it is the best position. But don’t get me wrong, I am perfectly happy now. I had to do this because the industry has become worse and worse.

“Most perfumes have ceased to be launched by real master perfumers, who had a great culture and wanted the products to be exceptional. They have been replaced by junior marketing managers who test the scents and will consider a launch a failure if it doesn’t bring $50 million in sales within the first few months.

“My first production seven years ago was 10,000 bottles. It was something I was really proud of because I had created it from A to Z. Finally there it was, my own perfume, my packaging.” 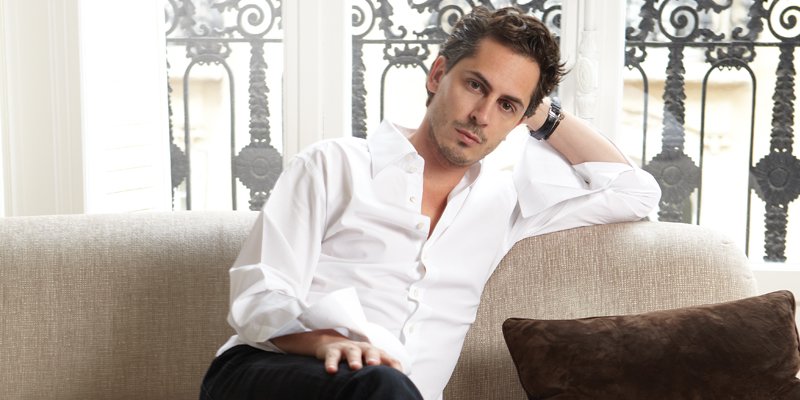 Hennessy’s ambition was crystal clear: to try to make a perfume the way it was done 100 years ago but with a contemporary touch. He took as much care with the scents themselves as with the packaging to ensure all his perfumes told a story.

“I need a script to create a scent,” says Hennessy, who aligns his work to the kind of atmosphere created by a film director with actors, setting and music. His themes are often composed of three fragrances like a movie trilogy. For example, his collection called In the Garden of Good and Evil, comprised of three scents in white lacquer cases adorned with gold serpents, was inspired by the story of original sin.

Hennessy, 42, might be sitting pretty now in his plush office but concedes the early years were challenging. In the US, where high-end retailers couldn’t get enough of his collection, Bergdorf Goodman in New York ran out of stock one Christmas because his glass provider had not delivered enough bottles.

“It was only after 24 months that I started to sleep again,” he says. “Now we are in 34 countries and have become one of the strongest brands in the lightweight perfume market.”

But what Hennessy has achieved is even bigger than his annual turnover. He has revolutionised a very conservative industry and succeeded in selling higher end fragrances (costing $230 on average), at the same price level enjoyed by big names like Dior.

Hennessy has carefully selected distribution because he sells limited editions of luxury perfumes in which the ingredients, whether they are natural or synthetic, cost sometimes more than their weight in gold. “What is happening now in the world of perfume is equivalent to what happened 10 years ago in the make-up industry with the promotion of make-up artist brands and the rise of new care products. It is very exciting but there are only a few of us left.”

Nevertheless, Hennessy wishes to remain independent, even though investment funds and luxury giants such as L’Oreal are buying all the niche brands they can. “I consider myself an artist. I like to be free. It is a primary condition for my work.”

Still, he has plans to open five shops within the next couple of years, starting with Doha in May. He may have chosen to distance himself from his surname in a bid to create his own brand identity but the luxury heir cannot deny he has bigger battles to conquer if he is going to remain on top of the global luxury market.