The charming Emirati brothers Mohamed and Peyman al Awadhi are taking a slice of Dubai to the rest of the world, thanks to their award-winning travel series Peeta Planet and a new TV show

Hindsight is a wonderful thing, as Mohamed al Awadi has learned. If he could give some advice to his younger self, he says in one of Dubai’s hip eateries, it would be “not to borrow, stay ultra small and not to grow the business before three years. I did the exact opposite.”

He had an early insight into the business world. He and his brother Peyman earned pocket money by working in their father’s clothing business. When it came, many years later, to funding their own start-up, they discovered UAE banks were keener to lend cash for a Bugatti than a business and their restaurant Wild Peeta hit numerous obstacles, from their first site being flooded to making expensive mistakes like investing in a bread oven.

But the two have now grown a hugely successful brand – or as they prefer to call it, “ecosystem” – with their crowd-sourced TV series Peeta Planet.

Having picked up numerous awards, including outstanding social media project last year at the BroadcastPro ME awards in Dubai, the show is now in its second series and sees the brothers getting to the heart of the world’s lesser-known locales, with the global online community influential in telling them about hidden pockets and connecting them with offbeat characters on the ground.

“I loved series two because we developed all round and that translated into amazing content because we were able to really let go and experiment,” says Peyman.

Today the 13 episode half-hour series is one of the most watched shows on the Dubai One network with 50 million viewers worldwide tuning in to see the kandoura-clad pair shed light on the world’s secret alleys and unsung heroes from Rome to Santiago. They have been mountain riding in Chile, discovered street art in Bangkok and eaten authentic falafel in Jordan with the motto “don’t be a tourist. Be a social traveller.”

“We always look for positive stories,” says Peyman. “When we were in the Philippines, we met two guys who are teaching communities aquaponic farming methods to grow sustainable food.”

The pair went to Payatas, the country’s largest urban dumpsite where, according to Unicef, some 200,000 people live. Mohamed says: “Seeing the level of impoverishment, what people need to get access to sanitation and what they call food – it is inexplicable.

“These two Filipinos are teaching residents to be self-sustaining. It was amazingly inspiring and for me, those sorts of stories are the highlights.”

Staying true to their philosophy, the brothers are embarking on a new series called #MyDubaiTrip. Inspired by the popular #MyDubai instagram drive initiated by Sheikh Hamdan bin Mohammed bin Rashid Al Maktoum to create a social media-driven biography of Dubai, the pair are collaborating with Dubai’s Department of Tourism and Commerce (DTCM) to create a new TV show.

“The hashtag movement overlaps with our philosophy of social travel,” says Mohamed. “DTCM is trying to create an ecosystem that is driven by the people so it was an amazing fit.”

Peyman explains the concept of the show: “12 out of 450 of the biggest instagrammers in the world will be flown to Dubai. They will experience 12 itineraries that have been crowd-sourced by popular Dubai instagrammers, people who live in and love Dubai. The finalists will be given different journeys to experience Dubai’s heart and soul, not just what you see on the surface.”

Showing what Dubai has to offer the world is a core message for the brothers, who began exploring different ways to express it with the opening of their Wild Peeta gourmet shawarma restaurant in 2010. It aimed to take the street food snack to another level but only enjoyed short-lived success.

“The UAE can be a difficult place for SMEs,” says Mohamed. “We tried to apply for an SME bank account but it required a few million dirhams annually. I don’t think any SME can earn that amount within the first few years.”

Peyman adds: “People did not want to invest in a homegrown idea but when they did, we put our growth plans on fast forward and scaled up too fast. We used money to solve our problems instead of sitting down and resolving them.” 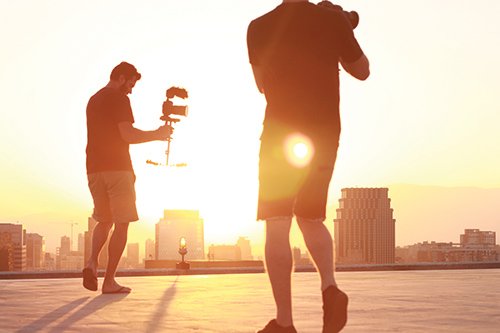 “It became unmanageable,” agrees Mohamed. “Looking back, we should have started with a small stand at Ripe [market] every Friday and created a menu with one Emirati shawarma, done that for a year and not spent more than Dh100,000. We spent 300 per cent more than that.”

His brother adds: “By raising so much money we didn’t need and having so many products we didn’t need, we diluted our time and could not do anything properly. We decided to scale down to one [restaurant] and then none.”

But Mohamed says he is happy they failed because “it taught me everything I need to know to run Peeta Planet today.”

Do they have any plans to re-open the restaurant? Mohamed thinks it still has potential to take shawarma around the world. “I believe in it, even after all of our failures. With the success of Peeta Planet, I think it would be a tremendous investment.” 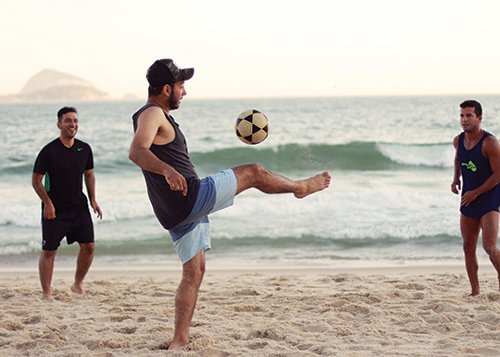 For now though, the brothers have their hands full with the #MyDubaiTrip show and planning the third series of Peeta Planet, a show which has brought them exactly what they strived for.

“We are people who decided at one point in time to do what makes us happy, do what we love and at the same time earn a living,” says Mohamed. “It is more than just starting a business, it’s affording to be happy.”