Banking confidentiality, political stability, and a liberal economic system have made Switzerland a premier offshore haven for Middle Eastern money. But with increasing competition from fast-developing Asian nations, international pressure on the country’s asset protection laws, will Switzerland uphold its high profile status?

“Switzerland recently witnessed some political pressure from the EU and the US in respect to the existing bank secrecy law and will need to make some adaptations around this issue in order to refurbish the damaged reputation,” Zafar Khan, Chief Executive MENA Region of Falcon Private Bank, tells Global Citizen.

It is no secret that in the last couple of years, investment hubs like Singapore, Hong Kong and Shanghai have gained in importance on a global scale… Switzerland has many traditional strengths.

In January, Wegelin & Co., Switzerland’s oldest bank, announced it was permanently closing and had to pay $57.8m in fines after pleading guilty to allowing 100 Americans to evade their taxes. The bank was accused of hiding $1.2bn from the Internal Revenue Service for almost 10 years.

Nevertheless, Switzerland’s assets from the MENA region climbed 14 percent to 560bn francs in 2011, although the country’s share of this wealth is coming under pressure, as rivals try to capitalize on moves by the Swiss government to freeze assets of the toppled rulers of Egypt, Tunisia and Libya, and the withdrawal of U.S. funds.

“It is no secret that in the last couple of years, investment hubs like Singapore, Hong Kong and Shanghai have gained in importance on a global scale. These hubs are mainly profiting from the growth perspectives in Asia and this trend is expected to continue,” explains Khan.

“Still, Switzerland has many traditional strengths like political and economic stability, a historical strong positioning in private banking, a high education standard and an above average client service level. These factors and an increased focus on asset management capabilities will keep Switzerland middle term in a good position to remain competitive,” he stresses. 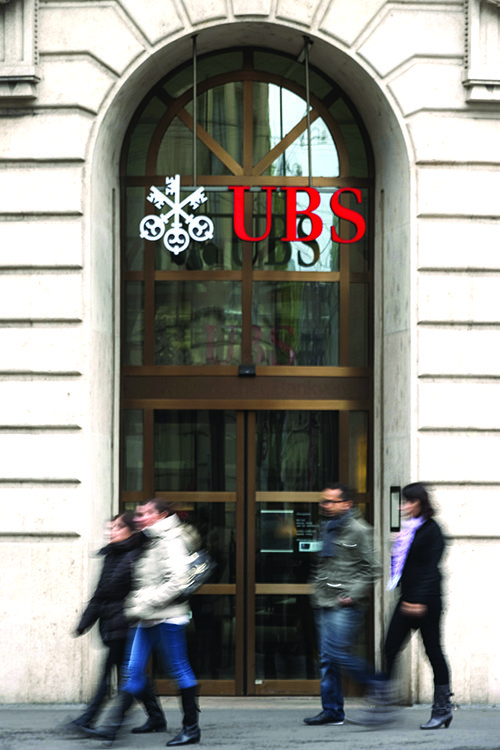 The instability created by the Arab Spring is spurring Middle East investors to head to the Alpine country as they have been doing for the last 50 years. To catch this wave, Swiss private banking goliaths UBS, Credit Suisse Group and Bank Sarasin & Cie are seeking to maintain their advantage by establishing a direct presence in the Arabian Gulf.

Falcon Private Bank, Pictet & Cie, Banque Privee Edmond de Rothschild and Mirabaud & Cie, have all opened offices in the UAE in the last five years. Operating for more than four decades, Zurich-based Falcon Private Bank was acquired in 2009 by Abu Dhabi’s Aabar Investments, a global investment group that is 95% owned by Abu Dhabi government. Since this acquisition, the bank has grown to a total size of $12bn in assets under management, with nearly $1.2bn of that in the MENA region.

From a customer’s perspective, dealing with a bank that combines the expertise of  Swiss private banking with the security and backing of Abu Dhabi government is considered as an advantage. Falcon is currently seeking to invest between $500m and $4bn to grow its emerging market business and is evaluating several banks.

Unlike the majority of Swiss legal entities, which are subject to a flat tax rate of 8.5 percent on profit, a Swiss holding company – whether local or a permanent foreign establishment – whose primary purpose is to hold and manage long-term equity investments, is exempt from all cantonal and communal income taxes – with the exception of  income from Swiss real estate.

“The easiest way of investing in Switzerland is either through an actively managed fund, through Exchange-Traded Funds (ETFs) on the Swiss Market Index (SMI) or the SMIM, and besides that, through single investments in stocks or bonds,” Khan points out.

ETFs enable investors to easily purchase a broad basket of assets in a single security, while the iShares MSCI Switzerland ETF, a collective of the country’s most influential companies, and the CurrencyShares Swiss Franc Trust, both offer extensive exposure to Swiss stocks.

Alternatively, investors could purchase individual company stocks trading on US exchanges through Switzerland’s American Depository Receipts. A third option would be to invest directly in Swiss stocks through the country’s two main stock exchanges: the SIX Swiss Exchange – a collection of Switzerland’s largest stocks – and Berne eXchange – which caters to small and medium sized companies.

Despite Switzerland’s popularity, investors should be aware of a few risks. Since the country’s safe haven status is no secret, this means that Swiss Francs and securities could rapidly become overvalued during times of crisis.

Such situations may even lead to dramatic measures by the country’s central bank, as seen with its 2012 decision to tie the franc’s value to the euro to control its rise. Yet even after the move, many trust a devalued franc over a fragile euro or dollar.

While Swiss consumer prices have slightly decreased in recent months, the housing market has shown many signs of overheating, as property demand, house prices, and mortgage volumes continue to rise. Rental rates are also rising, from 2001 to 2011, apartment prices rose by a staggering 62.1 percent.

Low mortgage rates are among the reasons behind the soaring demand for real estate. But most of all, the Swiss Federal government, after restricting property sale to foreigners, has allowed non-resident foreigners to own, creating new demand.

As Swiss banks continue to set up in the Middle East and with the lifting of restriction controls over foreign property ownership, Switzerland’s status as an offshore financial haven will remain a challenge that is hard to match for competitors.