Austrian entrepreneur Susanne Kaufmann’s organic spa products are stocked by some of the world’s biggest hotels.

Deep in the Bregenz forest, where farmers and villagers can trace their ancestry back to the 18th century, there is a strong Alpine tradition of passing down knowledge from generation to generation. The valley, set on the north side of the Alps in Austria and marked by snowy peaks and lush green forests, is known for its crafts while the healing powers of nature have long been a draw for skiing enthusiasts and nature lovers, who seek out the picturesque region’s slopes and trails to give their bodies a workout.

When Susanne Kaufmann, a fifth-generation hotelier in the valley, took over the family business of running the Hotel Post Bezau in the forest, she simply tapped into what she knew best, using natural resources to concoct beauty products from Alpine plants and herbs for the hotel’s spa. 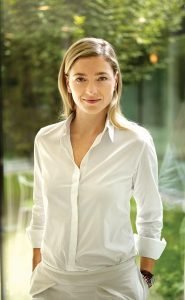 Thirteen years on, her range of more than 70 potions are no longer a well-kept secret and are sold in Europe, Asia and the US after winning notoriety. “At the time everything you saw in spas was from big cosmetics firms like Shiseido or Clarins,” says the 45-year-old entrepreneur, a mother-of-two. “Aloe vera is used everywhere but if you come to the Alps, it is not something you find here. I wanted to create something rooted here in the region.”

She created her eponymous line of beauty products in 2003. Today her business counts 10 employees, who work across the street from her hotel in Bezau, while her small production facility is in a nearby village. Her collection of skin creams, cleansing gels and body oils, which she dubs “organic treats”, is eco-friendly when it comes to packaging as she prefers to use glass jars instead of the plastic containers widely used in the industry today.

Kaufmann says she has been fascinated by the idea of tapping into the healing powers of the Alpine environment to improve beauty and health from an early age. Since the 1990s, she had seen a new set of tourists flocking to hotels in the region, many eager to try out spa treatments and tonics to unwind from the stresses of urban life.

So when she took over the reins of her family’s inn, she decided to upgrade the property’s spa facilities and offer something that could stand out. Her approach was decidedly local. For the new, sleek, all-white spa, she devised her own line of organic beauty products, using the knowledge of a local dermatologist and her own family’s traditional remedies and folk medicine as well as native ingredients. “I think the biggest advantage of being an organic cosmetic line from the rural area is that we can convey authenticity. Sustainability is a major part of everything we do,” she says.

Kaufmann incorporates plants grown in the wild such as St John’s Wort, a natural anti-depressant which is also used to make oil to treat sunburn and skin stressed by jetlag. “Nowadays, consumers are better informed, they question marketing campaigns, they want to know where products come from and what is in the product,” says Kaufmann. “They value honesty and a philosophy they can comprehend.”

She even planted a garden, where she grows ingredients such as rosemary, mallow and witch hazel, while other herbs and plants are picked in the nearby hills and valleys. Kaufmann also uses foodstuffs made by local farmers as an inspiration. She uses whey, a by-product of cheese, in bath products as it has a detoxifying effect and regulates the pH balance of the skin. “The biggest challenge of being a small player is to have access to high quality resources year-round,” she says. Her ‘think local, sell global’ ethos has paid off as she now counts more than 30 hotel spas as customers, from the Ritz Carlton in Vienna to Barrocal, a chic new rural resort in Portugal’s Alentejo. Word-of-mouth and careful selection has helped expand her retail presence. “It is not a product line you want to just sell with brochures. For the spas, we go to hotels to train staff in using our oils and the best types of treatment,” she says. 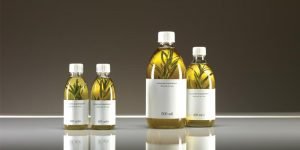 Susanne Kaufmann organic spa products are made from organic products sourced in the Alpine region.

Today more than150 shops stock her products, many of them specialty resellers in the German-speaking world, as well as more high-profile outlets like Liberty department store in London and shops as far afield as Hong Kong and Singapore. Online, her products are sold through Net-a-Porter. 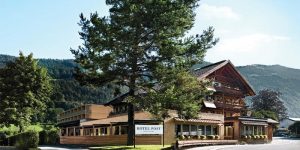 Yet she still operates from her rural base concocting new creations, including her latest range dedicated to haircare. She is also keen to attract more travellers from farther afield to the spa at her own hotel with the lure of the fresh Alpine air: “We see a high demand for spa holidays, especially when it comes to detox.”