The Bite of The Start-Up Cherry

In three years, the food delivery app Deliveroo has grown from a two-man start-up to a global empire in 12 countries and 65 cities with a staff of 5,000.

It was a grumbling belly that inspired Will Shu, then an investment banker with Morgan Stanley, to come up with the notion of Deliveroo. The food delivery app connects hungry customers wanting a decent takeaway meal to a global network of drivers, who then pick up food from their favourite restaurant and bring it to their door.

The company’s co-founder Shu came up with the idea after he was transferred from New York to London in 2004 and quickly became disenchanted with the range and unreliability of food he could order to his office. From that seed grew a business which now serves thousands of hungry customers in 65 cities on three continents, with orders increasing tenfold since January last year. The service has just launched in Dubai and is poised to spread across the Middle East.

“In my former life I worked very long and tough days and I got introduced to the wonderful world of food deliveries,” says the 36-year-old entrepreneur.

“In New York you can get anything you want delivered, any time. In London, I immediately noticed there were really no good food delivery options. I was hungry.”

Existing delivery services such as Just Eat did not match up to his experience in New York, he says. “There was no great food quality, the delivery time was all over the place – it could take 40 minutes or two hours – and I was left with a very bad customer experience.”

It sparked the idea for Deliveroo, which operates as a go-between. Rather than relying on restaurants’ often patchy in-house delivery service like so many other apps, Deliveroo employs a global network of more than 5,000 delivery drivers to pick up the food and deliver it to your door. This both speeds up and standardises delivery times—and means for the first time, customers can order from restaurants which do not offer a delivery service.

It took some time for the sapling of an idea to bear fruit. Shu spent three years at Morgan Stanley in New York before moving to London, then transferred to a hedge fund two years later. It was not until 2010 that he abruptly walked away from life in the City.

“I had a disconnect from my work,” says Shu. “It was just about money and nothing else, which I did not find very satisfying.”

Looking for a new direction, the Connecticut native enrolled in a two-year business masters degree at the Wharton School of the University of Pennsylvania. His return to the US gave him the chance to reconnect with his childhood friend Greg Orlowski, a software developer who brought Deliveroo to life on screen.

The pair launched the business in London in February 2013 targeting individual neighbourhoods first. For the first few weeks, Shu was the only delivery driver, a role he kept up for seven months, pounding the pavement for six-hour shifts seven days a week.

“I did it because I wanted to understand exactly what the interaction was between the restaurant, the delivery guy and the customer,” he says.

At the beginning of last year, Deliveroo began expanding across cities in the UK, launching internationally soon afterward. Initially self-financed, the businesses has now attracted more than $100 million in investment. Shu says he was never nervous and cites the firm’s consistent growth of 25 per cent per month for the past 36 months.

“You have to be prepared to take risks, to jump straight in,” he says.

Today the business operates in 36 cities in the UK and another 29 worldwide with markets outside Europe including Australia, Singapore, Hong Kong and Dubai. The fleet of more than 5,000 delivery people are dubbed “Roowomen” and “Roomen”.

However, Orlowski bowed out of the business in February this year for what Shu describes as “personal reasons”.

“We grew up together so of course I am sad,” says Shu. “The company would not exist without him.”

Shu puts the company’s success down to being “in the right place at the right time”.

He says: “What is very clear is that around the world there is a global demand for better delivery services. It is the same message in every market.”

When expanding, the main considerations are population density, the quality of restaurants in the area and, as Shu puts it, a “certain level of affluence”.

He plans to focus on customer interaction and sustaining existing markets rather than increasing exponentially. Shu describes his offering as a lifestyle concept revolutionising the way we eat.

“You can use Deliveroo three times a day,” he says. “It has been very interesting to see how people’s lives can change so quickly. For me, it is really about a personal story. The reason we started is because I was unhappy about getting not-great food. It is not just a passion for food but for convenience – and technology is a way to solve that problem.” 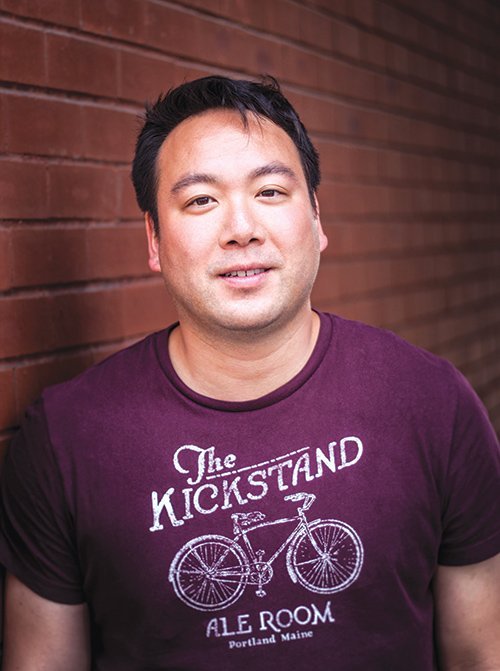