From Formula One to Football, sponsors in the Middle East are putting their money behind popular sporting events.

Two Italians sit in a dimly lit Capital Club at the Dubai International Financial Centre, speaking with musical accents about Ferraris and their favourite drivers. The spirited conversation about glamorous fast cars attracts the attention of others in the room. This interest is exactly what the two businessman had bet on: that the Middle East would be a good place to globally expand the Formula 1 Grand Prix concept outside of Europe and find sponsors.

“Today, there are more Formula 1’s outside of Europe than in,” says Enrico Zanarini, chief executive of Media & Sport Management Ltd, which handles Ferrari drivers. “Quite early in 2004, Bahrain was the first Grand Prix outside of Europe. Now all of a sudden, it’s everywhere.”

Everywhere is right. Abu Dhabi quickly followed suit, bringing Formula 1 to the city in 2007, building its own racecourse in Yas Island, and winning Grand Prix rights from 2009 to 2016. They even managed to get one of the country’s biggest sponsors, Etihad Airways, to support the event. Outside the region, the Formula 1 concept has flourished as well; the US has won grand prix rights in a number of cities and there are plans to improve operations in India and China, with the Russian edition preparing for a first race in 2014.

It was all going smoothly until 2008, when the financial crash extinguished the sponsorship market for sports the world over. While conditions have slightly improved, Zanarini says there remain a few tough years ahead.

“This past year and the next few will be difficult with the birth of new companies also after sponsorship,” he said. “We are facing at least another three years of a calm period due to the financial crisis, as sponsors remain cautious with the money they have to spend and opportunities are few.”

In the Middle East, Formula 1 has attracted some of the biggest sponsors, including Mubadala and Etihad Airways. The Etihad Airways deal was a three-year sponsorship contract that began in 2009. Aabar currently provides financial support.

“We continue to see who is available in the market for sports, who is already present or looking for new clients,” he said. “People like ourselves presenting for a blue chip company with a track record have an edge over others. Ferrari is always Ferrari.”

Still, he and his colleague, Gianluca Meloni, admit that the quest for financial backing is harder to secure for niche sports events like Formula 1, compared to popular, global sports such as football.

“Right now, all the major players are focusing on football,” said Meloni, business development manager of MSM Ltd, based in the UAE. “The major challenge is to create a multi-sport culture which doesn’t exist here yet.”

Football teams have received an incredible amount of attention over the last few years – as if the financial crisis had never happened. In 2008, Sheikh Mansour bin Zayed Al Nahyan, a member of Abu Dhabi’s royal family, bought British football club Manchester City for $320 million, spending a further $600 million to bring in key players.

While Arsenal FC has an agreement with Emirates Airlines in Dubai to sponsor their stadium and jerseys. Royal Emirates Group, also in Dubai, spent $130 million to buy Spanish La Liga club Getafe in 2011.

Qatar has also made headway in the world of soccer, with plans to host the FIFA World Cup in 2020. Sheikh Abdullah Al Thani, a member of Qatar’s royal family, bought Spanish club Malaga for $52 million recently. The Qatar Foundation gave $196 million to F.C. Barcelona for jersey naming rights. 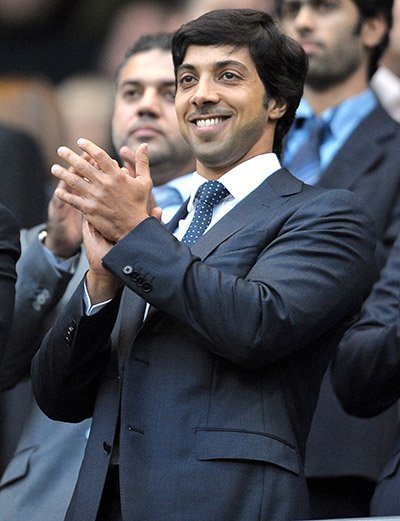 A report by Wharton’s research branch in the UAE noted that the value of football in the Mideast will increase by 52 percent to $14 billion by 2022 and another $10 billion by 2042, based on a study conducted by analytics firm Grant Thornton. The report and study state that television viewers of the FIFA World Cup in the Mideast has grown almost 350 percent since 1986, one reason why television broadcast rights in the region for soccer games are set to rise 30 percent to $550 billion.

“What people don’t realize, however, is that the Formula 1 has more media value than football at the end of the day – soccer is not actually the most popular sport in the world,” according to Meloni.

Chelsea fans follow Chelsea exclusively, while Malaga fans follow Malaga. Soccer teams are only grouped together during big events like the World Cup or Euro Cup, which happen every four years. By contrast, F1 events happen every two weeks at different locations around the world for an average of 800 spectators per race, according to Meloni. 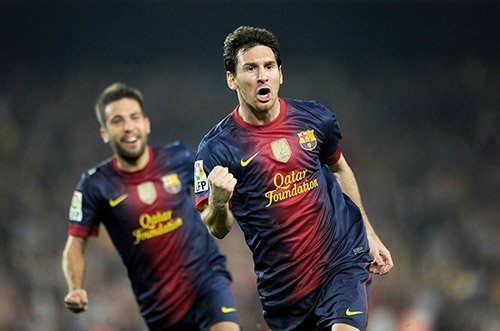 “The name of the game is sponsorship, which is part marketing, part advertising, and all about how successful and cost efficient you are,” he said. “Because of the F1’s enormous reach, it can indicate the lowest cost per reach factor.”

So far, the business model has demonstrated growth, despite hiccups in the region. Bahrain’s races were cancelled in 2011 and faced controversy in 2012 due to human rights protesters who used the big event as a means of garnering international media attention. Zanarini confirms that everything is back on track in Bahrain and he is positive on the general Grand Prix outlook in the Mideast, with Abu Dhabi having celebrated another successful race in November.

“We always try to be bigger and better, but we keep in mind that we are a medium agency with a focus,” said Zanarini. “There are bigger agencies that deal with most sports and have many people on staff; we are very specialized and elite.”