Topping the 500 most influential Muslims list for three consecutive years, King Abdullah has been instrumental in guiding the kingdom to its current position as a regional economic powerhouse.

For decades, Saudi Arabia was entrenched in conformist thinking, with hard-line rules dominating society, deterring investors and decelerating the diversification of the economy. But things have drastically changed since 2005, when King Abdullah bin Abdulziz Al Saud assumed his throne. In the same year, he implemented a reform to the Saudi Supreme Economic Council, which encourages privatization and foreign investment, a position he still chairs today.

“Since coming to power, the King has taken unflinching moves to encourage foreign investors to come and rally around to alter his desert wasteland and transform it into a blossoming oasis,” says Abdulrahman Alkheraigi, General Manager of GollinHarris Saudi Arabia, a global communications firm headquartered in the U.S. “This has been a daunting task and overwhelmingly audacious for a country whose conservative influencers regard the influx of foreign workers as one of the major destabilizing forces.”

To breathe new life into an old monarchy and to accomplish much-needed economic reforms, the kingdom required a new administration. And King Abdullah did not hesitate to implement a top-to-bottom restructuring of the country’s courts; reshuffling the Ministry of Education’s leadership by bringing in his pro-reform son-in-law as the new minister, and in a first move of its kind, he appointed Nora bint Abdallah al Fayez, a US-educated former teacher, as deputy education minister.

Pulling the economy together

At 88 years old, King Abdullah’s efforts to revamp the economy are still ongoing, having changed the everyday life of many citizens as well as the economy’s external image. Under his reign, the government has pledged $400 billion by the end of 2014 to improve education, healthcare and infrastructure across the kingdom. “King Abdullah has taken care of Saudi citizens’ welfare by offering various categories of needy people free housing, and assigning a budget of over SR10 billion for international scholarships for Saudi students. For the first time in history, (we have) a government that finances housing, introducing more than 500,000 housing units for limited-income people across the Kingdom,” Talal Badawi, CEO of Riyadh-based Atteil Trading Establishment, tells Global Citizen.

Saudi Arabia is the region’s largest free market and ranks 11th out of 183 countries for the overall ‘Ease of Doing Business’.

In 2011, the King famously called for the formation of an Arab Common Market, stating that the Arab Customs Union would be ready by 2015, and by 2017 the common market would be in place. Not long after the announcement, construction began on the King Abdullah Financial District (KAFD) – where the Capital Market Authority, the Stock Exchange and the Commodity Market will all be based. The KAFD’s stated aim is to “ensure the sustained dominance of Saudi Arabia as the largest economy and financial centre within the region.” 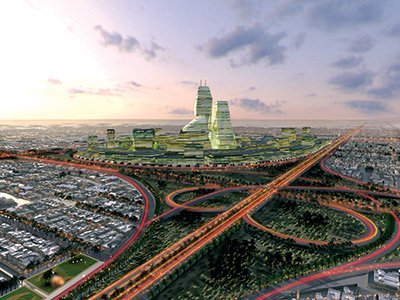 Determined to set the market straight, last April King Abdullah ordered a crackdown on manipulation of the country’s booming stock market, insisting action should be taken if necessary, against improper trading by members of the royal family.

As a result of his watchful administration, Saudi Arabia’s stock market soared this year and is projected to rise by 25% during the course of 2012, while trading turnover has increased several-fold due to strong economic growth on the back of high oil prices, hopes that the market will open to direct foreign investment, and an influx of speculative money.

Today, Saudi Arabia is the region’s largest free market and ranks 11th out of 183 countries for the overall ‘Ease of Doing Business’, according to the International Finance Corporation/World Bank’s 2010 Doing Business report. Foreign investors are guaranteed a decision within 30 days from applying to the Saudi Arabian General Investment Authority (SAGIA), and are permitted 100% ownership of companies and properties.

The King has strengthened international ties with several nations. In 2006, he visited Beijing to discuss energy and trade in the first visit by a Saudi head of state to China since the two countries established diplomatic relations in 1990. Bilateral trade with China has more than tripled since, and China is on its way to becoming Saudi Arabia’s largest importer.

The kingdom has also made significant investments in China, including the $8 billion Fujian refinery. At the same time, foreign relations are being maintained with the United States, as witnessed by the visits exchanged with President Barack Obama.

“King Abdullah’s heart is definitely in the right place, but he has to put up with stubborn red tape. He is widely seen as a genuine reformer who has put into motion inexorable change”, states Alkheraigi.