Melissa Lwee-Ramsay talks to Claudio Ribeiro of Primacy Holdings, a man who sources rare gems for a highly select group of private investors

You are known as a gem hunter, which all sounds very exciting and Indiana Jones, but what exactly does your job entail?

I travel around the world to source gems either for myself or for private clients. I have about 10 clients around the world and all of them collect gems for investment purposes. What this means is that they buy loose gems — not jewellery — that are polished and certified but that have yet to be set. These gems cost anything between $2 million and $15 million and while some will set the gemstone in a ring or something that can be worn, most of these go straight into the safe and that is where they remain until they show up in an auction a few years down the road. Very rarely, but sometimes, I do work for jewellery businesses, but only if and when they are looking for a gemstone that is extremely specific or rare, and they don’t have the resources to do it themselves.

Still, that is quite a career path you’ve chosen for yourself. How did you end up in this trade and what does it take to do what you do?

I grew up in Africa and my family used to deal in rough diamonds but initially, I started out as an investment banker. About five or six years ago, I started thinking about starting my own company. I felt that there was a real niche in the market for people who specialise in hunting down rare gems so I went to study gemology and when I became a certified gemologist, I started Primacy Holdings. It is very rare for someone to have the ability or the willingness to go to places such as Africa or Myanmar, and spend large amounts of time in unsavoury conditions and situations looking at mines and understanding what’s available. It is equally rare to find someone who is a gemologist with an investment banking background. You need to have all these qualities to do what I do.

But what does investment banking have to do with gem hunting?

Why is investment banking relevant? Because more and more clients are looking for an alternative investment and asset plan. They want to use gemstones as a real source of asset value. So the type of dialogue that I have with clients is completely different. It’s almost like a trading floor, investment banking-type of conversation when we discuss which gems they should buy.

With that in mind, what is it about gems that makes them worth investing in?

Simply, the rarity value of gems. For example, when you talk about Burmese rubies, you think of pigeon blood rubies and there is only one mine in the world where you can find pigeon blood rubies and it’s in the north of Myanmar. Or let’s talk about diamonds. The last diamond mine or diamond deposit was found about a decade or so ago. In the past decade, despite the investment of billions of dollars in prospection for diamonds, no meaningful deposit has been found. So already, diamonds are in short supply. And even if some lucky guy finds a gigantic deposit tomorrow, it will still take about a decade to get a mine up and running. So at the very least, for the next decade, diamond supply will be highly constrained and demand is going up, which will push prices upwards. I don’t think it’s very far off to predict that gems, because of their rarity, make for good investments because their prices are bound to appreciate.

Let’s say somebody wants to start collecting gems but on a smaller scale — in the six-figure price range — what would you advise them to buy?

At a small level, it all depends on what your liquidity needs are. If you’re looking to buy something that you need to be able to sell within a four-to-five month time frame then you definitely have to buy diamonds. And, you would have to buy a specific subset of diamonds, so those between one-and-a-half to three carats within the top range (from D to F to IF to VVS clarity.)With $200,000 or $300,000 you can buy anywhere between 10 to 15 gemstones and that would be a good diamond portfolio that can easily be liquidated for a small profit within three to six months.

And what if the budget runs upwards of $1 million?

Then I would consider investing in coloured gemstones. As of this moment, I would say either sapphires from Sri Lanka or Myanmar, or Burmese rubies, but at this price bracket it’s a different ball game altogether. My clients who are within this bracket either look for perfectly clear stones with unbelievable lustre (stones that have significant potential for appreciation and that have a very high probability of holding value) or gemstones that have provenance, for example, gems that used to belong to royalty in the 17th and 18th century. You need to be willing to wait for their prices to appreciate, but the payoffs are bigger in the long run. 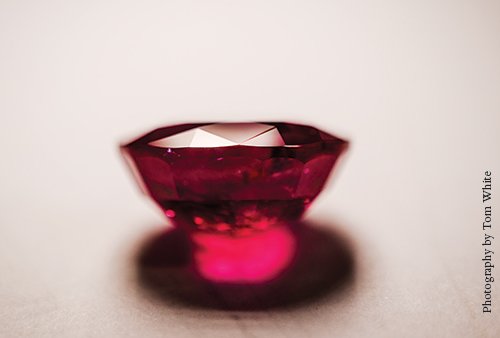