The label that crosses borders

Rad Hourani’s unisex clothing line began as an experiment. Unhappy with what was available on the market, he decided to create clothes that matched his personal style. “There were things I wanted to create for my own wardrobe. It was how I liked wearing things,” he says on the phone from his workshop in Paris. 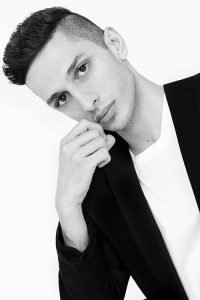 “If womenswear was too tight, too short, too round and too curvy then menswear was too large and too vintage. I didn’t like vintage, which was recycled for me. I’m not interested in that. Why is there no neutral place, a garment that has no limit or past reference?”

What followed was a year of careful study to create a line that could work for both genders. “I started to understand unisex anatomy and how a man’s or woman’s body moves and assembled the two to create this unisex pattern. After one year of testing it, I was sure of it.” Hourani launched his namesake unisex label for a debut show in Paris in 2010. Things progressed quickly and in 2013, he became the first invited member by La Chambre Syndicale de La Haute Couture in Paris to design and show a unisex haute couture collection, the first in fashion history.

Each season, Hourani’s collection consists of impeccably crafted, linear garments in monochrome grey, black and white. What is ingenious is how differently each piece looks on men and women. By belting a voluminous coat at the waist for women, or tucking in a shirt, he creates flattering silhouettes for both sexes. The line is unisex but not androgynous. 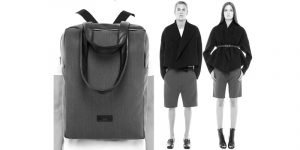 Hourani was born in Jordan to a Jordanian-Canadian father and a Syrian mother. At 16, he moved to Canada with his family. His global upbringing meant Hourani refused to be confined by borders. “I don’t think I work in a nationalist way in terms of creating my design. I like to create things that have no limitations of culture, relation, age, race or gender. We are all made of the same things and want the same things on the planet,” he says.

He prefers to call himself a visualist rather than a designer. An accomplished photographer, filmmaker and artist, he is focused on creating a complete narrative for his collections. He shoots all of the editorial imagery, campaigns and videos himself. “I want to touch every part of what I do,” he says. In his spare time, he has also shot for publications such as Vogue in the UK and the New York Times.