It might be a long way from Tehran to Los Angeles but it is a journey sisters Maryam and Marjan Malakpour have made with panache.

The siblings followed their engineering student uncle to California in the late 1970s and the pair are now among the world’s most in-demand fashion stylists, who in their time have helped define the looks of everyone from the Rolling Stones to David Bowie.

These days they have a new project, a roaring success from their very first collection five years ago. Newbark is a line of soft, flat, slipper-like shoes that, although originally designed for women, has translated through to menswear, with fans including Keith Richards, Seal and Elton John.

The idea for Newbark came from their own fashion experience – the pain of working in soaring heels – and the attitude from their rock and roll clients.

“We launched it out of necessity basically,” says Marjan, pinning down exactly what makes a successful brand: focus and need.

Maryam adds: “We both felt there was a lack of flats with a rock and roll edge, because at that time the options were either Repetto ballet flats or Tod’s driving shoes. Tod’s shoes were too conservative for our taste and genre and Repetto’s were too cute.”

Rock style might have been the inspiration, but it was the sisters’ Middle Eastern heritage that helped provide the design for the shoes, which might be a large collection now but started out as a simple, incredibly soft leather slipper.

“We wanted to have something a bit more like a fusion of a Moroccan babouche, which kind of takes us back to our ancestry in Iran,” says Maryam. “In Persian history and culture they wear a lot of slippers and people traditionally don’t walk in their homes with shoes on, so slippers have always been a very important part of the wardrobe. So our concept was a slipper/shoe that is foldable so you can put it in a bag ready for when your feet get tired.”

They may have an Oriental side to them, but the construction is pure LA: with around 1,200 pairs produced every season, they can still be handmade at local factories in Los Angeles, a factor that is extremely important to the brand. 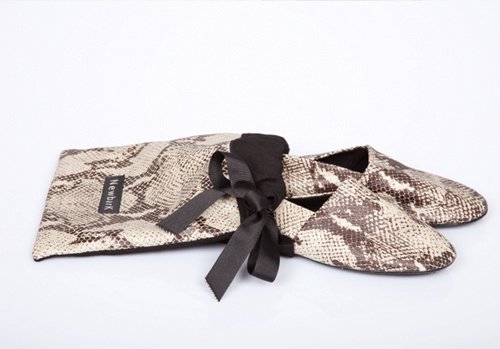 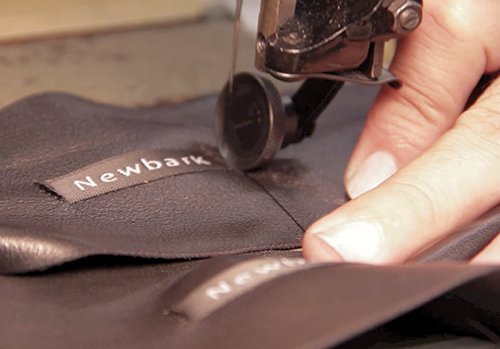 “The guy who created this for us is an older man, an Argentinian, who has been around, knows a lot about all of this and helped us develop it. The construction of the original shoes is like a handbag. You can literally wear them inside out because of the way they do the seams. They are so soft,” says Maryam.

“We were researching and found there are actually a few really amazing factories,” adds Marjan. “The factory that does our biker boots does policemen’s and firemen’s boots, and we have taught them how to refine it and make it a fashion thing. Now they have other brands like Band of Outsiders working with them. We even had an email from the police department congratulating us, saying if we ever need anything… And the same with the mayor of Los Angeles, because it is creating jobs here.”

As long-term stylists, Maryam and Marjan have seen many a fashion fad come and go, and see a slow, steady growth as the only suitable business model for their company, despite securing a high profile launch on Net-a-Porter as their first order, the sort of opening gambit that any new company dreams of playing.

“We met Natalie Massenet [the founder and executive chairman of Net-a-Porter] in Paris, with just one item, this shoe, and she loved the concept,” says Maryam. “She loved that it was so focused and did a huge launch with our brand. That was our first door.”

Marjan adds: “This is not a heavily distributed brand. We really believe in our growth being organic; we don’t want to come and make this a fad, then suddenly you’re gone. We really focus on having products that are everlasting and work well with everyone’s wardrobe.”

The men’s line is an inevitable part of that growth, with many of the current styles already based on masculine shoes, including some beautiful monochrome loafers and biker boots with what Maryam calls “the perfect nose – not too round, not too square”. And with those celebrity fans already in place, after a special collection for the LA boutique Maxfield, there are no doubts about viability.

“We have these great, very distinguished, stylish men, who love our slippers,” says Maryam. “We always say, if Serge Gainsbourg was alive, he would definitely wear Newbarks.”

Newbark is a line of soft, flat, slipper-like shoes with fans including Keith Richards, Seal and Elton John