Two years after Peru established its first Middle Eastern consulate in Dubai, ties between the two countries are stronger than ever

It is an ancient civilisation with a thriving economy and breathtaking monuments founded on gold.

Now Peru’s immense reserves of valuable minerals and high quality agricultural products are attracting a growing amount of investments from the UAE. From trade in gold, silver and copper to agriculture and gastronomy, there has been a strengthening of ties between the two countries, so much so that Peruvian exports to the UAE rose by more than 35 per cent last year, with goods worth $25-30 million exported to the GCC country. Meanwhile investments in the country from the UAE have risen to about $1.5 billion.

“We found 25 per cent of the gold being exported from Peru to Switzerland was coming to the UAE, even though there is a direct channel available,” says Alvaro Silva-Santisteban, director of the trade and investment office of Peru-UAE.

Despite the mineral sector accounting for nearly 60 per cent of the South American country’s exports, it is estimated that considerably less than one per cent of the country’s total territory has been explored to date – a fact which attracted 80 Canadian mining companies, as well as businesses from the US, China, Australia and Brazil.

While the UAE has yet to be involved in Peru’s mining sector, companies such as the Abu Dhabi government-owned International Petroleum Investment Company, which has three exploration wells in Peru and is bidding for two more, and General Petroleum have already invested in the Latin American country’s hydrocarbon sector. Abdulrahman Saif Al Ghurair, chairman of Dubai Chamber of Commerce and Industry, said it was also looking at Latin American markets for new office branches.

In May this year, a 40-strong delegation of Peru’s government ministers for economy, trade and tourism, as well as investors and business owners, visited the UAE and met leading organisations, including Mubadala investment group, Abu Dhabi Investment Authority and Emirates airline.

The visit was part of the InPeru initiative, established last year to promote investment in the country, which has one of the fastest-growing economies in the world. Peru has also become a regular participant in Gulfood, Arabian Travel Market and Index Design and has established its own cultural events, such as Taste of Peru in Dubai’s Madinat Jumeirah complex and Peru Mucho Gusto, a week-long celebration of food from the country in the Grosvenor House hotel in Dubai Marina. Its rich gastronomic culture earned the nation the title of world leading culinary destination last year from the World Travel Awards.

Its soil cultivates an abundance of crops ranging from asparagus, avocado and quinoa to organic bananas, cacao and coffee, all of which could help the UAE secure its food supply by opening up opportunities for suppliers and re-exporters. 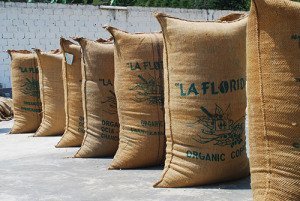 “After mining, agriculture accounts for the second largest portion of Peru’s GDP,” says Silva-Santisteban. “Abraaj Capital recently invested in one of the biggest gastronomic groups in Peru. The fact that Middle Eastern private funds are looking into gastronomic opportunities shows you the ties between the countries.”

Peru’s cotton industry is also booming, thanks to its products being used by global fashion brands like Giorgio Armani, Tommy Hilfiger, Polo Ralph Lauren, to name a few. Its construction materials and plastics are other major Peruvian goods that the UAE could capitalise on, say trade experts. “The biggest export from Peru to the UAE is bulletproof glass, which is used as construction material for skyscrapers,” says Silva-Santisteban.

Being home to the largest single investment made by the UAE in South America – the DP World-operated port of Callao – Peru also offers many logistics-related opportunities. In fact, a logistics zone is now under development to link Collao with Lima international airport, which is being expanded to double its capacity.

“This year is marking the difference for all the previous work that we have done in terms of events and fairs and taking missions to Peru. We strive to take one Peruvian company to the UAE each month and vice versa to keep the buzz going,” says Silva-Santisteban.