Despite not yet hitting 30, aviation chief executive Sergey Petrossov has come up with an innovative idea to fly privately at a fraction of the usual cost
An admirable business achievement in your mid-20s is usually as elusive as an admirable haircut in your mid-teens. University life is likely beginning to transition into a fading memory and pulling in a relatively decent wage will have steamrollered the evolution from fledgling semi-dependent to self-reliant adult.

At 26 years old, Sergey Petrossov presents an impressive alternative to the typical millennial as the pioneer of a groundbreaking idea to use mobile phone technology to book and pay for private jets.

Admittedly, young leaders – especially in the digital business realm – are losing their novelty value, given their sheer numbers.

The app world alone has proven fertile ground for innovators under 30 and is littered with stories of riches and notoriety.  However, few have managed to revolutionise an industry with their actions, are married with two small children and been investing in start-up internet technology companies since they were students.

Petrossov is an ideas man. His broad Colorado accent and direct manner only reinforce the modern entrepreneurial air he aims to cultivate – approachable yet focused.  In previous encounters he has been known to say great commercial concepts begin with a little conversation and a piece of paper. It is this casual riffing on the notion of the American dream that suggest a preference for the industrial landscape in the United States, the country of his upbringing, rather than that of his Russian heritage.

Though it is most likely of no consequence where in the world Petrossov finds himself. Not only does his resume point to an insatiable desire to turn a profit, he is the constantly travelling chief executive of JetSmarter, a mobile technology enterprise for private jets.

“JetSmarter is essentially Uber for those in need of private jets,” says Petrossov of his $30million annual revenue model, referring to the prototype firm which books limousines using a mobile phone application. 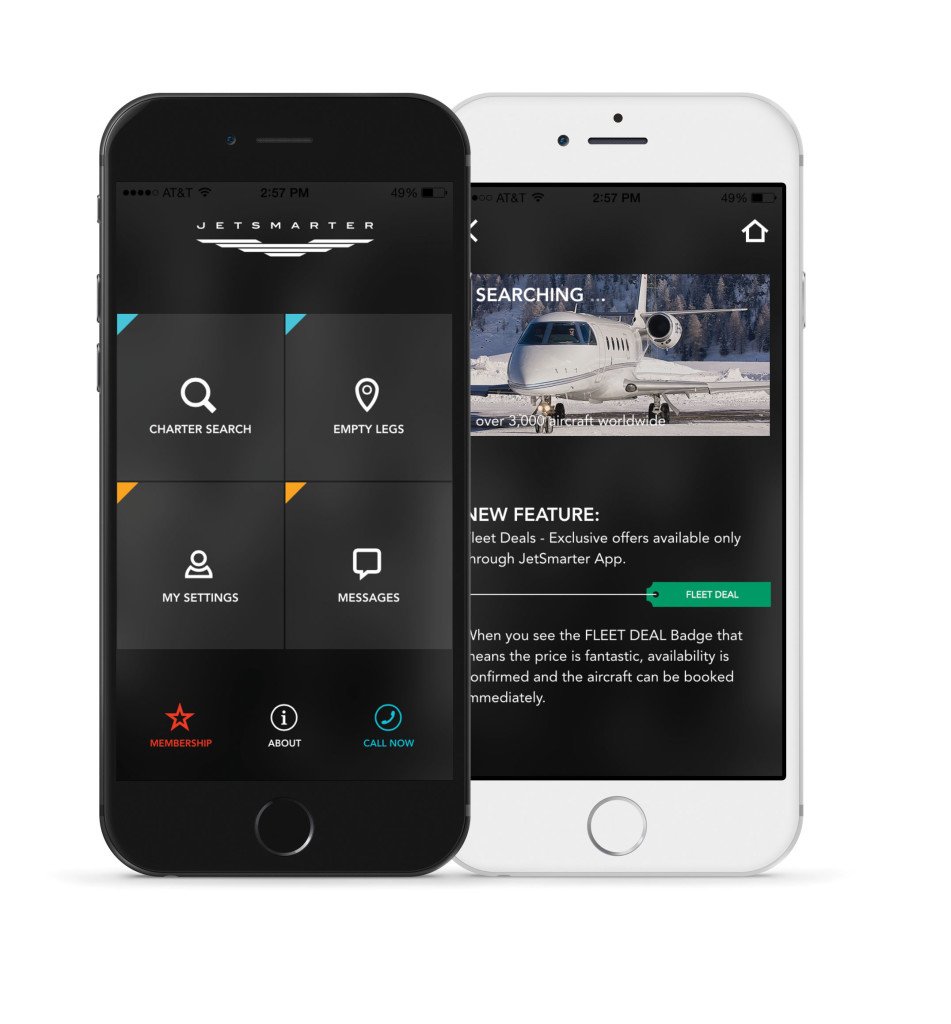 JetSmarter similarly works by downloading an app onto a phone or tablet, then checking more than 3,000 aircraft around the world. If a jet is near the user’s location, he or she can simply head straight to the airport and hop on board. If there is not one available, the closest plane will be summonsed to the nearest airport.

Timeframes are dependent on where the jets are but most can be called up within a day.

The idea came to Petrossov by chance. After selling his first IT venture, a live chat customer support web system, Petrossov and his co-investor friends decided to celebrate in 2009 by chartering a plane to mark the decent return his group had made from a small initial fund.

“I quickly realised the only way to [hire a jet] was this physically archaic process,” he says. “You have to talk to a broker and wait hours for a physical contract. You have to receive the paper, sign it and send it back.

“For someone with a technical background, I asked myself: ‘Why in the 21st century is there not a quicker, live, online solution to work with private aviation?’”

The seeds for JetSmarter were sown. It took a few years and the turnover of another IT company but in 2012, Petrossov got together with some previous developers to discuss harvesting the fruits of his imagination.

JetSmarter had its official launch in March last year and today has more than 300,000 downloads to its name.

“At its core, JetSmarter is an easy app connecting charter fliers with jet operators but it is a highly sophisticated logistics operation in the back end to facilitate the front end interface where our consumers can book a jet in a minute.”

Behind-the-scenes intricacy is the reason Petrossov feels JetSmarter is unique in the market. “It is like trying to compare Uber to a traditional limo company,” he says. “What we have solved from a customer and a logistics standpoint has never been done before.

“A lot of companies make easy-to-use websites but eventually you often have to do the final transaction over the phone.”

A JetSmarter downloader need not be troubled by such antiquated technology. The live web chat service it provides is on call 24/7 and is proving popular with the Middle East’s discreet clientele. According to Petrossov, royalty and celebrities are frequent users of the facility.

The wealthy are not his only customers. JetSmarter takes advantage of empty seats on flights and with its vast network of operators, can provide discounted fares for those craving a champagne lifestyle on a budget. Well, almost.

“Jets have to reposition themselves and often fly empty to do so,” he says. “These empty legs mean any money made is a bonus.

“We have flights on our app for $500 for the whole aircraft. That’s a seven passenger jet, which is accessible to many people.”

Since creating JetSmarter, Petrossov’s use of private planes has, unsurprisingly, increased exponentially. He insists he never gets tired of flying on a private jet.

“The biggest difference is the whole airport process. You can show up five minutes before you take off and it is no problem,” he says. Thanks to this young magnate, it is possible many more people will experience that excitement.