Bhupendra Kumar Modi’s early years in India, where he was born into an industrialist family, is a far cry from the norms of his lavish private jet lifestyle, where he travels with an entourage, including his own nurse.

“I don’t stay more than three days in a place,” says the magnate known as BK when we meet in his sprawling Burj Khalifa apartment, typical of the prime properties he owns around the world. In London, he calls a penthouse in Buckingham Gate overlooking the palace gardens home; in New York, it is 100 United Nations Plaza and in LA, it’s Beverly Hills.

Seventy per cent of Modi’s assets have been invested in property in what he calls “global cities”, including Delhi, Mumbai and his main base of Singapore, where he moved the headquarters of his $2 billion conglomerate Spice Global in 2012 after becoming a Singapore citizen.

His diversified portfolio includes assets in telecommunications, healthcare, hospitality and financial services after he built his business empire on joint ventures with multinationals such as Xerox, Alcatel and Olivetti.

Last year, Forbes magazine – which he is currently in the running to buy from the Forbes family in the US – estimated the 65-year-old’s personal fortune at $850 million. The businessman will only say with a smile: “I have enough.”

With an unsaturated appetite for pulling off business deals and in particular, investing in new technologies, the eccentric businessman has decided to use his wealth to prolong his own life by investing in stem cell technology. “I put my health first and my wealth as number two,” he says, stroking a diamond-studded, life-sized stuffed decorative lion that sits by his side.

In March last year, the self-dubbed “futurepreneur” invested in US company Stemedica based in San Diego, which has approval from the Food and Drug Administration for clinical trials in the US only. As Modi wanted to undergo the stem cell treatment, he travelled to Kazakhstan in April, where it is legal to undergo treatment.

Modi has coined a phrase for his new healthcare venture, calling it Smart Living. Under this umbrella he is also investing in a 3.5 million sq ft Smart City in Delhi comprised of a 12,000-bed hospital and housing for staff.

Although Modi says he has no serious illnesses, both his parents were diabetics. He has been taking diabetic medication for a number of years as a borderline case and hopes the treatment will help reduce his blood pressure, raise his energy levels and strengthen his joints so he can play tennis.

“I’m doing it because I want to live a longer and healthier life without diseases,” he says.

Modi’s trip to Kazakhstan cost him $50,000 – although the actual stem cell treatment costs between $2,000 and $3,000. The stem cells were administered in the form of an injection. If he continues the treatment, he will have to go back once per year.

When asked about any associated risks, Modi said it was a natural treatment and he didn’t believe there were any.

“I’ve been researching for more than two years. This is the best that is available. The doctor has done more than 3,000 treatments. As a global citizen, I don’t want to do anything illegal,” he added.

Modi, who prides himself on being a global citizen and promulgates a borderless world, set up the Global Citizen Forum (GCF) to facilitate his cause.

“One of the ideas of GCF is to bring equalisation. The laws have to be similar in every country, they cannot be anti-youth or anti-globalisation.” 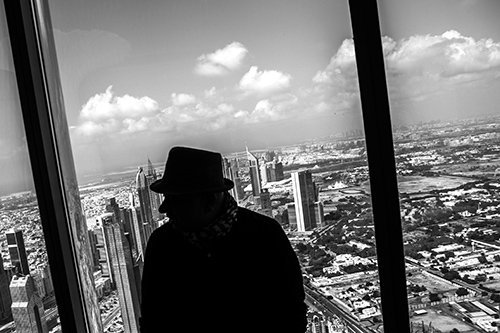 The sale of Forbes Media that began in mid -November last year is now entering its eight month. An announcement of the new owner was expected in February after all five foreign bidders submitted their offers but reports in the US suggest the favourites – China’s Fosun International and Germany’s Axel Springer Group, the media giant that has a licensing deal for the Russian edition of Forbes – have opted out of the race, leaving Modi’s consortium as a frontrunner.

Modi’s bid was reportedly $300 million but he will not confirm how much he and his co-investors offered, only saying: “What Forbes was looking for, none of the bids could accomplish.”

If he is successful, he will have to be willing to work with Forbes media chairman Steve Forbes, who told employees at a quarterly company-wide town hall meeting in March that he will keep a minority stake in the company after it is sold.

According to analysts, the $400-500 million valuation Forbes was asking for was not in line with the falling ad revenues the company has witnessed in the past years. In 2004, the Forbes family turned down a $400 million buyout offer from Conde Nast. According to Modi, “the high price is an exploitation of the brand’s potential rather than a valuation of the company as it is today.”

“When you say Forbes, you think of billionaires. Everybody wants to lead that lifestyle. I’d like to incorporate the concept of smart living into it where you have both wealth and health. There are smart business people but they are not doing smart living.

“We immediately got interested because Forbes is a growing brand but it is very US-orientated. Its main revenue comes from the US even though it’s global.

“We were planning to shift the legal headquarters to Singapore, which is a new hub for capitalism.”

Modi says whoever the new owner is has a responsibility to tell the stories of the extremely wealthy through a digital platform.

He says: “There is huge content because they have been following the history of these entrepreneurs and billionaires for decades.

“We are trying to make it very global and more online. There is a need to tell the stories of these people through seven to nine minute videos. Nobody likes to read anymore.”

One thing is for sure – while he waits to find out if he is the new owner of Forbes Media, the grass won’t grow under Modi’s feet as he doesn’t stay in one place long enough.