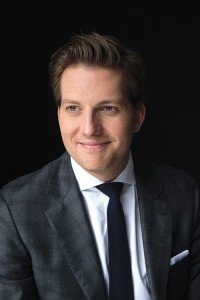 At 37, New York-based cosmetic dentist Dr Michael Apa has been featured in as many magazines and US television shows as the celebrities he treats. He has even been described as the LeBron James of the dental world by an industry publication thanks to his quest for “imperfect perfection” and his renowned jetset lifestyle.

Apa has been a regular visitor to the UAE since treating Abu Dhabi’s Royal family in his New York practice more than a decade ago. Since then he has made bi-monthly trips to Dubai to treat private patients and is currently in town to open his own state-of-the-art dental clinic in Jumeirah.

He may be as polished as the PR machine behind him but Apa is a serious entrepreneur. He has just invested $2 million in his new dental practice, has his own product line coming out in June and has recently bought out his business partner in New York, making him the sole owner of the Rosenthal Apa Group. He says, however, nothing has changed in the day-to-day running of the practice, founded with 67-year-old Dr Larry Rosenthal.

“Right now I’m in building mode,” he says over coffee in his hotel suite at the One and Only Royal Mirage, where he stays while he is in Dubai. His relentless schedule led him to take more than 40 flights last year, as well as long-distance commuting between his home in New York and Dubai, but he feels the Middle East is like a second home now. The married father -of-two also teaches at New York University and lectures in universities across the US and internationally.

Apa, who admits to having obsessive compulsive disorder (OCD), particularly in the dental chair, says he follows in the footsteps of his mother, who used to vacuum their carpets at home in perfectly straight lines. He is chauffeured every other week from his uptown Manhattan clinic on a Thursday evening to JFK airport and arrives in Dubai on Friday morning, then goes straight to work until Sunday evening, when he boards an overnight flight back to New York to be back in his office on Monday morning.

He is such a regular in first class on the New York to Dubai flight that it has earned him a coveted ‘invitational only’ (IO) status on Emirates airline, meaning he is guaranteed a first class seat on any Emirates flight, regardless of when he books. It also allows him to be whisked through the airport at the last minute before boarding and receiving VIP treatment upon landing.

“Flying first class is an amazing experience in itself but the IO just brings it to another level,” he says. “The things that would cause me stress are eliminated, like getting my luggage and getting out of the airport as quickly as possible, or dealing with weather and cancelled flights. They just seem to take care of absolutely everything.”

The advances in digital technology have simplified things for us

With a cosmetic smile makeover consisting of porcelain veneers coming in at around $4,000 per tooth and the average client requiring 10 of them, it is hardly surprising Apa is accustomed to this type of treatment.

Although he says, “it’s hard to say” how many days off he has had in the past year, on the rare occasion when he is not working, Apa spends his free time driving his beloved Ferraris. He owns two classic Ferraris and the new 458 Spyder.

With plans to increase the frequency of his trips to Dubai once his new clinic opens so he can maintain “face time” with his patients here, Apa says it will be “digital technology” that will ultimately allow him to be in two places at once.

“The advances in digital technology have simplified things for us. We have created this consultation room where we can put a patient in my office in New York virtually and I can do a treatment plan with either Jason [the ceramist] or myself and the team here via video conferencing. All of the scans and impressions we now take are digital so they are emailed to me. We are going to do daily calls so we can go over patient loads and treatment plans and the hospitality end of things to make sure the clinic is running well.”

The new 5,000sq ft Apa Aesthetic Clinic on Jumeirah Beach road will be one of the first dentistry practices to feature a state-of-the-art laboratory on site, allowing patients to have a more personalised approach, according to Apa. Two dentists from New York and a ceramist will be based full-time at the clinic, which opens five days a week.

“A lot of the problems in my speciality come from communication problems between the patient and the doctor and the doctor and the laboratory. We don’t have that problem because both dentists are dual-trained as surgeons and in cosmetic dentistry and our ceramist Jason has his own lab, which takes away that problem for me. So we treat every patient as a team,” says Apa.

He adds: “Down the road I would like to open high-end clinics in London, other parts of the Middle East and possibly China, but right now I’m laser-focused on the tasks in hand.”