Karl Lagerfield: It's All In The Name

The Chief Executive of Karl Lagerfeld’s own fashion line tells how the 82-year-old dynamo does it.

Karl Lagerfeld needs little introduction. He is a legend in the fashion business, currently working as the head designer and creative director of both Fendi and Chanel. His off-duty persona is unabashedly controversial and his personal style has become as iconic as his creations – white ponytail, high collar, black tie. So it might come as a surprise that Lagerfeld’s eponymous fashion line does, in fact, need an introduction.

“This is the brand that is closest to what is important to him, what he stands for and his roots,” says Pier Paolo Righi, the chief executive of the Karl Lagerfeld line. “For the other brands, he has to interpret their DNA. With this line, he doesn’t have to be concerned with, for example, Coco Chanel’s legacy and how to interpret that.”

Launched in 2012, the label consists of men and women’s ready-to-wear clothes and accessories. There are 23 Karl Lagerfeld stores globally, with one in Qatar and a soon-to-open site in City Walk, Dubai. The brand to date is most popular in France and Germany “because Karl is German but known in France,” says Righi. The brand also draws a number of spillover clients from Lagerfeld’s other labels. “This is affordable luxury so it does not compare to Chanel. However, it is amazing how many Chanel customers shop in Karl Lagerfeld, plus there are lots of fans because he is such a big persona.” 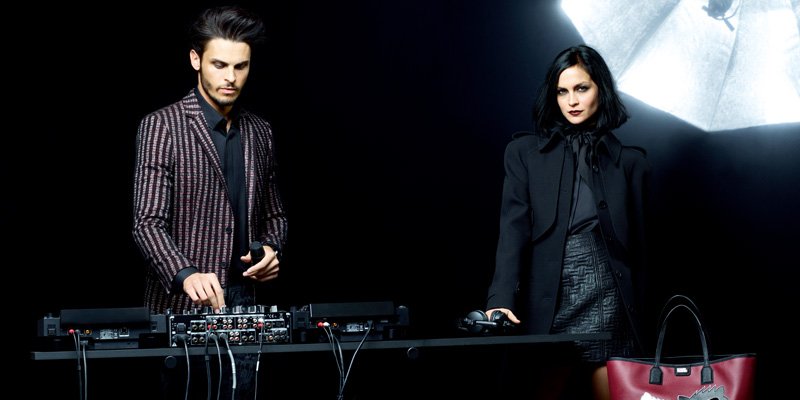 Next year there are plans to open the first American store in New York. Accessibility is key so the collection is priced in the mid-range and was launched online late last year.  “He wants people to have access to his world,” says Righi.

The Lagerfeld name is drawing a number of potential collaborators but one of the biggest challenges has been keeping up with demand. “Usually with a young brand, you take things one step at a time. But with a name like [his], you have a global platform and you have to cater to that,” says Righi.

The designer did make time for Kim Kardashian recently when she asked if he would appear in her blockbuster video game. There is now a Karl Lagerfeld store in the game and avatars wear his designs.

Next is the introduction of a children’s collection, inspired by his godson and runway regular, Hudson, as well as a jewellery line. There are also plans to build a Karl Lagerfeld hotel in Macau.

It seems impossible that at the age of 82, Lagerfeld manages three different fashion houses as well as an ever-growing list of projects. “He is extremely efficient,” says Righi. “He knows exactly what he wants and that makes him work very fast. He is super-disciplined. He goes to Chanel meetings, comes to our offices, then goes to fittings at Fendi. He works like a machine. That distinguishes him from other designers.