Geoffrey Kent of Abercrombie & Kent relives his journeys with everyone from Bill Gates to British royalty.

He is the go-to-man if you are in a pickle and need a private jet or helicopter to airlift you out of somewhere exotic or dangerous – if your name is Sting or Bill Clinton, that is. These days, being wealthy and well-connected go hand in hand and for British entrepreneur Geoffrey Kent, it is how he has built up his luxury travel business over the past six decades.

Kent, who is 73 years old, started his company Abercrombie & Kent in Kenya in 1962 after graduating from the elite British royal military academy Sandhurst, where he served alongside a young Prince Charles. The pair shared a passion for polo, often playing together at tournaments around the world. Kent was also a guest at his son Prince William’s wedding six years ago.

In his book Safari: A Memoir of a Worldwide Travel Pioneer, Kent recalls a half-century of promoting Africa as a luxury tourist destination around the world. Yet he says selling safari experiences remains one of his biggest challenges, even though he believes a trip to the continent “will change your life”.

“I remember in the early days I would be talking to 60 people in a room and at the end I would say okay, so who wants to go to Africa? Three people would put up their hands. Then I would say who wants to go to Europe and everyone did. That is why I started Abercrombie & Kent Europe. I realised I had to get out of just doing safaris and get into where people wanted to go. Selling safaris is difficult – it still is,” he says.

Kent blames a lack of education and a reluctance to travel outside one’s comfort zone, as well as health crises, for the slow uptake among the wealthy on experiencing an African safari. “I think people have the wrong impression. They don’t know the facts,” he says. “When they think of Africa, they think Ebola. Ebola was on the west coast of Africa, much closer to London than it was to Nairobi or Cape Town. People today are not well-travelled and their geography is bad,” he says.

The company’s business was “hugely affected” by the Ebola crisis in west Africa. “We had 50 per cent cancellations due to concerns over Ebola,” he says. “It is recovering but each time it is like snakes and ladders. You get something that has nothing to do with you and is miles away and it causes your business to drop further. Then you have to build from there again instead of further up.” 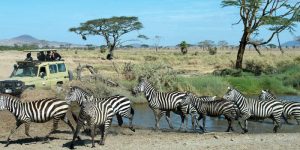 However, with over $500million in annual revenues and 52 offices around the world, it is safe to say luxury safari experiences will remain the backbone of the company. Kent first started operations from his parent’s farm in Nairobi after pioneering a new approach to encountering wildlife. “I developed a very unusual way to go on a safari, which was to shoot animals with a camera instead of a gun. Then I wanted to put travellers in tents but nobody wanted tents if they were not hunting,” he says. Kent recalls how he first introduced Prince Harry, who is now passionate about conservation in Africa, to the continent at a pivotal time in the young royal’s life. “Prince Charles had a state visit planned and Harry was set for his half-term break in school around the same time. It was shortly after his mother Princess Diana’s death so Charles wanted to keep him busy. He asked me to organise a safari trip.”

Kent recalls how he made sure the 13-year-old prince had absolute privacy while he was in Africa. “Before we left, I gathered the media and told them we were going to Cape Town. Really I had a plane waiting to take us to Botswana, so off they went in one direction and we went in the other.” It was the beginning of many safari and conservation trips to Africa for the young prince and his older brother Prince William.

Kent’s business success has been spearheaded by his ability to surprise and develop new itineraries for his affluent customers. Beyond bespoke sustainable safari experiences, Kent says he was the first to introduce luxury travel extras that made his company stand out from other tour operators in Europe, such as the travelling bellboy – a VIP concierge service picking you up at the airport and handling your baggage from your hotel to your next destination – and the A&K guardian angel, a personal guide to support independent travellers whenever they need advice.

After more than 50 years in the business, it is unsurprising Kent’s customers have become a little younger as new money types are keen to spend their newfound wealth but the remaining constant, he says, is people wanting value for money. “We deal with anybody from 30-year-olds who have made a lot of money in the tech business in Silicon Valley to old money. For me, everybody is the same regardless. They come to us because they want to discover the world in an original way and learn from their trip as much as they can.” 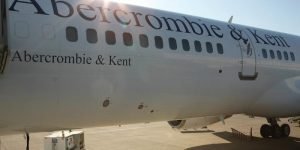 A travel experiences like a multi-stop trip around the world on a private jet that takes up to 50 clients more than 25 days to complete and ventures to places likes Easter Island, the Solomon islands, the Philippines, Mongolia, Russia and Greenland. It costs $130,000 per person and according to Kent it is a bargain. “People who spend money have been very smart to make that money so for them it is not about an outlandish experience, they want real value for money. For you to do that on your own private jet would easily cost you $2 million dollars. This is the cheapest way to do it. It is budget,” he says.

But with so many deep-pocketed individuals on one plane, does Kent worry whether they will all get on? “It was one of my biggest fears,” he admits. “On our first private jet trip, I had no idea how people would get along. We don’t do any due diligence, we accept anyone who wants to come, but saying that, I have the best professional people with me who know how to handle any situation.” Fortunately for him, it seems the wealthy enjoying mingling together, as Kent says all but 10 of the 46 who booked the first trip are returning for a repeat experience.

One thing is for sure – for those fortunate few who get to experience a private jet excursion, there is no better man to have around when things go downhill, as Sting and Bill Clinton know well. Kent, who was on holiday in Ibiza, helped rescue them from Burma after they called him for help and dropped everything to organise a private jet to pick them up.

Indeed, Kent has built up a satisfied customer base over the years, a reputation he says money cannot buy. He recalls a hair-raising close encounter with lions shortly after he first set up. “I had a very wealthy lawyer from New York in the Tsavo East National Park in Kenya. It was getting toward dusk and we were on our way back to camp. I saw a river and knew we had to cross it to get back. “It had been raining so I took a chance but the 4×4 got stuck,” he says. “I quickly got everyone out of the jeep and got out all the seats. “Our matches were all wet but one lady had a magnifying glass because she could not see well so I used that and some elephant dung to make a fire. At about eight o’clock that night we heard the lions roaring. They were coming closer and closer so I got all the guests up in a tree and made makeshift beds. The lions stayed underneath us all night.”

Luckily for Kent, his team rescued him the next morning and both he and his guests lived to tell the tale – and many more besides.