From building a mega-empire to leading a lifelong philanthropic dedication, Sir Richard Branson has become one of the most influential public figures in the world.

It is said that you measure the success of a true leader, not by their number of followers, but instead by the number of leaders they’ve created. This is in fact true for Sir Richard Branson, Founder of the Virgin Group, who made a conscious decision to leave his business to help his team improve their leadership skills, build their confidence, and give them their space to thrive. And, while they did, so did the business. 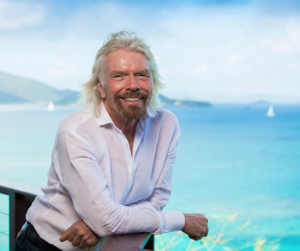 Today, the Virgin Group generates over £19 billion in revenue from more than 60 businesses operating in 35 countries with around 69,000 employees. There is however, much more to Branson than ‘The Serial Entrepreneur with a fabulous head of hair’ showcased in the media limelight. Business mogul, investor, author, and philanthropist, Branson’s life story delivers the true message of hard work, persistence, and opportunity. It all begins with a London boy with a vision, and the power of taking this vision onto the global stage.

The eldest of three children, Branson was born in Blackheath, to Eve and Edward Branson, and the grandson of the Right Honourable Sir George A. H. Branson; a judge of the High Court of Justice and a Privy Councillor. He studied at Scaitcliffe Boarding School in Surrey, before moving to Cliff View House School in Sussex. Hindered by dyslexia, Branson found it difficult to cope with the rigors of school and decided to quit. On his last day, his Headmaster told him that he would either end up in prison or become a millionaire.

Fortunately for him, his parents were supportive of his decisions and endeavours from an early age. His mother, who became a noted philanthropist, also carried an entrepreneurial streak in her. Of her several ventures, her most notable one was building and selling wooden tissue boxes and wastepaper bins.

While most philanthropists get involved in social issues once they have already made their fortune, Branson’s philanthropic streak has been running in parallel to his entrepreneurial one from a very early age. Branson started his first charity, the ‘Student Valley Centre,’ when he was just seventeen years old. This was only a year after he started his first successful business venture with some of his school friends, a magazine named Student, in 1966. 50,000 copies of the magazine’s first edition, was distributed for free with the printing costs covered by advertising.

By 1969, the magazine was doing well, and he was living in a London commune immersed in the British music scene. He had interviewed several personalities of the music scene and was advertising newly released music albums. His interactions within the music world led Branson directly to his next venture: a mail-order record company called Virgin, which sold records at discounted rates compared to the mainstream retailers.

Initially, the business headquarters was located in the same church as the magazine, but it did well enough that Branson was able to open a record shop on Oxford Street, London in 1971. The name “Virgin” was suggested by one of the employees because they were all new to the business.

His next venture, which would put Branson on the proverbial map, was a natural progression to the recording business in 1973. The following year the fledgling company, founded in partnership with Nik Powell, recorded its first single, “Tubular Bells” by Mike Oldfield. An instant hit, it spent 247 weeks on the UK charts and is since, considered a classic. Success breeds success, as the saying goes, and Branson was able to sign many other talents as Virgin went on to become the world’s largest independent record label.

“Entrepreneurs can instigate change in the social sector in the same way that they do in the business world. Entrepreneurs turn problems into opportunities,” Branson said in his 2007 interview with Business Week. Entrepreneurship and philanthropy may seem like two contradictory streams of venture to most observers, but for Branson, they are two sides of the same coin.

Branson’s portfolio of philanthropic commitments is as similarly dynamic as his business ventures, with nearly 36 charities and foundations, including the likes of the African Wildlife Foundation to the American Civil Liberties Union, Cancer Research UK, Children with AIDS, Free The Children, International Rescue Corps, and Water.org.

Branson also believes that “to bring about radical change, sometimes you have to be audacious.” As per his opinion piece on devex.com in 2018. “Bold innovation has today brought us closer to a new space age. Back on earth, that same daring entrepreneurial spirit can also be a powerful force for social change.”

Branson himself has been at the forefront and founding member of some very influential NGOs in the past few decades. By the late 1990s, Branson began an informal dialogue with Peter Gabriel and Nelson Mandela about forming a small group of dedicated leaders from various backgrounds working together objectively to solve challenging global conflicts. 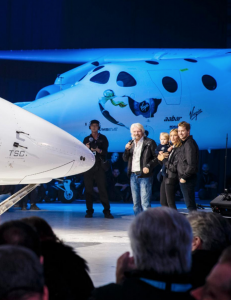 These discussions led to the formal announcement by Mandela in 2007 of the formation of a new group called The Elders. Kofi Annan became its first Chair with Gro Harlem Brundtland as the Deputy Chair. The other founding members included, in addition to Nelson Mandela, Desmond Tutu and Jimmy Carter while Peter Gabriel and Branson became its principal member donors.

In 2004 he set up Virgin Unite to unite people and entrepreneurial ideas to create opportunities for a better world. Since then, together with some great partners, Branson has inspired and incubated a number of wonderful collaborations – like The Elders, Ocean Unite, Carbon War Room, The Branson Centre for Entrepreneurship, and ACTAI Necker Island— a group of extraordinary entrepreneurs, innovators, athletes, artists, tech heads and thought leaders supporting causes around the world.

In addition to his substantial formal philanthropic commitments, Branson has been involved in impromptu aid projects in response to unusual global events. In 1990, when Saddam Hussein invaded Kuwait, he arranged to airlift 40,000 blankets for Kuwaiti refugees in Jordan in the face of political objections. He is credited with persuading Elton John to sing ‘Candle In The Wind’ at Princess Diana’s funeral which went on to raise $40 million for charity. And in 2009, Branson joined Mia Farrow’s hunger strike to protest the Sudanese government’s expulsion of aid groups from Darfur.

In a similar vein, Branson ended up taking the lead in organizing the recent Venezuela Aid Live. Last December, Colombian businessman Bruno Ocampo was visiting Branson at his Island retreat in the Caribbean when, over a game of chess, the subject of Venezuela came up. About six weeks later, Branson wrote to Ocampo to say that he wanted to help, and the two of them decided to host a concert at the Venezuelan border to raise funds for the humanitarian efforts as well as to publicize the issue. The concert raised nearly $2.4 million in just four days.

The Venezuela Aid Live concert, and how it came about, as well as all of Branson’s other business or philanthropic endeavours, is in a way the personality of Richard in a nutshell. From a boy with the drive and vision to create a better world, to a man whose influence and dedication is felt by millions around the globe. It just goes to show, that being a global citizen is not a birth right, but an active mindset. And just like Branson’s second biographical work title says, ‘Screw It, Let’s Do It.’