Honouring the life of musical legend, Charles Aznavour, who he has left the world with songs and performances that continue to inspire generations to come.

On October 1st, 2018, the world lost more than an artist. It lost a voice that echoed beyond horizons, reaching one end of the world to the other, with powerful words and moving melodies. But this story isn’t about loss. It’s about life. The life, of Charles Aznavour.

Like water, music knows no boundaries, and Mr. Aznavour’s music was a testament to melodies and lyrics diffusing their emotions through borders, continents and even through generations.

Chahnour Aznavourian was born in Paris in the early 20s to Armenian immigrant parents; Mischa and Knar Aznavourian. The two had fled to France from their hometown in Armenia in the wake of the systematic massacres of Armenians ordered by the Ottoman government. Between 1914 and 1923, over 1.5 million Armenians were exterminated, for what is known today, as the Armenian Genocide.

Through tragedy and escape, an unfamiliar world unfolded to the Aznavourians as they tried to make ends meet in their new homeland. Living in a poor part of the Latin quarter in France, his father worked as a cook and his mother as a seamstress. His father was also known to sing in restaurants in France before opening his own, Le Caucase, where Charles was first introduced to the art of performing. By the age of nine, he had already dropped out of school and taken his stage name, Charles Aznavour. 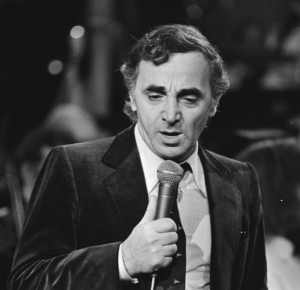 The 1940s held defiant glamour in Paris during the occupation, while the wretch of the second world war brought a newfound musical energy to the era. The world was beaming with iconic artists such as Frank Sinatra, Bing Crosby and Ella Fitzgerald. Soon enough, Charles Aznavour’s name also highlighted the best of this quintessential generation.

During this period, Charles joined singer-composer Pierre Roche in a nightclub act and gained experience writing lyrics. It was through this partnership that Aznavour first explored his talent in composing and singing his own music. He even opened for Edith Piaf at the Moulin Rouge, after which the two toured together around France and the US. By the early 1960s, he sold out Carnegie Hall in New York.

What Charles Aznavour held within him was the desire to be outspoken. He wrote about things no one would dare speak of, he performed in theatrical ways which the world had never seen, he revolutionized art and poetry and song with personality, and most vitally, he held within him, the soul of a global citizen— never belonging to one single place. He belonged to the stages of world, and through the fluidity of his music, his aura, and his message, international fame followed him until his last day.

Charles Aznvaour was enamoured by admirers around the globe, performing in the world’s most prominent venues in various languages, including French, English, Italian, Spanish, German, Russian, and Armenian. In a career that spanned over 70 years, he recorded nearly 1,200 songs interpreted in 9 languages, that told the stories of struggling bohemian artists, love and poverty, street violence, prejudice against homosexuals and depression. He has performed and collaborated with numerous singers, such as Frank Sinatra, Andrea Bocelli, Bing Crosby, Liza Minnelli, Ray Charles, Elton John, and Bob Dylan; who even deemed Aznavour as one of the greatest live performers he had ever seen. By then, he sold an upward of 100 million records.

While he sang for kings and queens and even the Pope, he also raised money for charity, launching the ‘Aznavour for Armenia’ appeal in response to the 1988 earthquake in the country, and always retained the common touch. In 1995 Aznavour was appointed an Ambassador and Permanent Delegate of Armenia to UNESCO and was also a member of the Armenia Fund International Board of Trustees. The organization has rendered more than $150 million in humanitarian aid and infrastructure development assistance to Armenia since 1992.

It is beyond extraordinary to reveal the countless honours and awards Charles Aznavour was endowed throughout his years, but it is enough to say, that his work, his voice, and his presence, inspired countless nations, throughout countless generations. From becoming Officer of the Legion of Honour in 1997, Honorary Officer of the Order of Canada in 2006, Commander in the Belgian Order of the Crown in 2015, to winning the Edison Award, MIDEM Lifetime Achievement Award, and a Star on the Hollywood Walk of Fame, Charles Aznavour embodied the story of true success in the face of adversity as part of the Armenian diaspora.

Until his last days, Aznavour continued to take the stage. At 94 years old, he still had on his dapper suit, and recited his powerful songs with an energy one could only dream of seeing at least once in their lifetime. Following his death on October 1st, 2018 at his home in France, Aznavour was honoured with a state funeral at Les Invalides military complex in Paris, with president Emmanuel Macron lauding him as one of the most important “faces of France”. Crucially, the French president also hailed Aznavour as an example of how much children of immigrants and refugees can give to their adopted country.

His coffin was lifted away at the end to the sound of his song “Emmenez-Moi” in the attendance of French Prime Minister Édouard Philippe, former presidents Nicolas Sarkozy and Francois Hollande, as well as Armenian President Armen Sarkissian and Prime Minister Nikol Pashinyan. “Charles Aznavour is the man who pitched the flag of Armenia on the roof of the world,” said Pashinyan about the artist. 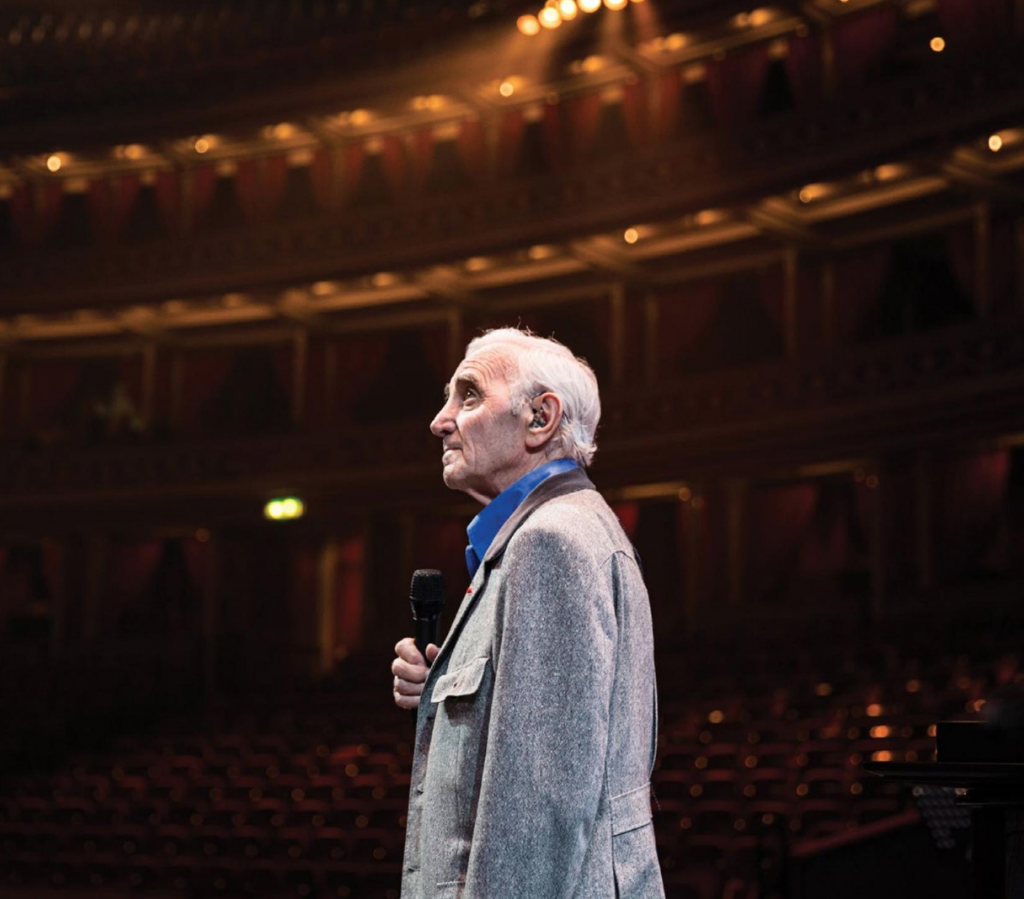 Global Citizen is honoured to dedicate this issue to pay tribute to Charles Aznvaour on the anniversary of his passing and to continue to tell the story that has touched the lives of many. Monsieur Aznavour; you were truly, ‘Formidable.’