Leonardo DiCaprio had to endure much for arguably his toughest role to date for his new film The Revenant.

Leonardo DiCaprio is somewhat of an enigma in Hollywood. Few actors have had a career as diverse as DiCaprio’s and simultaneously reached the same heights of fame while shying away from the public eye, beyond promoting movies. Like so many in his field, DiCaprio started as a teenager making TV commercials and appearing on TV shows. Like his contemporaries in the 1990s, he could have easily faded into the LA horizon. But he got lucky, earning the lead role in Titanic, which propelled him into stardom and allowed him the luxury of choice.

It is no coincidence he has only worked with the best on the other side of the camera, having perfected his craft under directors like Christopher Nolan, Quentin Tarantino, Clint Eastwood and Steven Spielberg. More recently, he teamed up with Martin Scorsese for a fifth time on The Wolf of Wall Street. Now he has taken on his toughest challenge yet with a grueling role as Hugh Glass in The Revenant at the behest of Mexican director  Alejandro González Iñárritu, whose movie Birdman last year took home four academy awards – something that has eluded DiCaprio four times since his first nomination in 1993 for What’s Eating Gilbert Grape. That could change with The Revenant, which has already earned him his 11th Golden Globe nomination for best actor (he has won twice before, most recently for The Wolf of Wall Street).

Filmed in sub-zero temperatures using only natural light in the rugged snow-covered Canadian terrain, The Revenant is a stark tale of one man’s brutal journey, survival and vengeance in the 1820s. Glass is a fur trapper nearly mauled to death by a grizzly bear but after being robbed and being left for dead by his travelling companions, he manages to struggle back to life to pursue them. Known for his dedication to fully absorb his character – he took part in military training in the South African bush to prepare for his role in Blood Diamond – DiCaprio pushed himself to the limits during the arduous shoot, even eating raw bison liver and repeatedly throwing himself into freezing rivers in sub-zero conditions to fully immerse himself in the character, whom Iñárritu describes as “a man, a beast, a saint, a martyr, a spirit”. 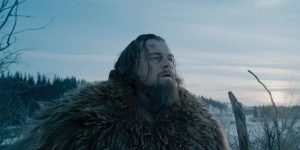 Leonardo DiCaprio in The Revenant.

DiCaprio might not have scooped any Oscars yet but he has been lionised for his work as an environmentalist, winning a Clinton Global Citizen award two years ago at the Clinton Global Initiative annual meeting. His philanthropic efforts have been concentrated on protecting and preserving the planet from climate change and have seen him address the UN climate summit in New York.

While he has generated headlines by championing the environment and embarking on a string of well-publicised romances with supermodels and fellow actresses, DiCaprio fiercely guards his privacy, insisting on a no-photos policy when he is socialising.

What reaction do you get around the world?

When I go to premieres, it is a rare experience [to] get to showcase one of your films and those are the times you get to see fans come out in large quantities and support. It feels great. When you are an artist and work incredibly hard at what you do, to have people recognise that is a great feeling.

When you work abroad, like you did when you filmed The Revenant in Argentina, do you get to live like a normal tourist would?

No. The truth is, when you go off in these locations, you are so concentrated on your work [that] I only get a few hours here and there to go and explore the territories. But sometimes I do get to experience making movies where I get to see the culture a lot more. This was not one of them unfortunately.

Did you get to spend much time with the director Iñárritu when travelling?

What is great about Alejandro is that he is a real artist, a real independent filmmaker. He was doing a film on a grand epic scale but when he got an opportunity to rush off and have some free time with the actors and explore nature, we saw him as a little child with a camera. It was amazing. 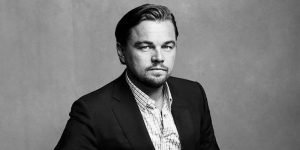 Alejandro won the Oscar last year for Birdman and it has been said it is your time. Do you think you will finally get your Oscar this year?

I think the one thing you know when you make movies is you go in there and you do everything that you possibly can to make a great piece of art. You have no control over what is going to happen.

What did it mean to you when you received your first Oscar nomination in 1994 for Gilbert Grape?

I was taken aback and very surprised. The thing that I remembered most was being petrified of going up there in front of [an audience]. I was praying I would not have to go up there.

What would be the first movie you would show your future children?

Well, my kids would certainly have to be at a particular age to watch most of my movies because a lot of them deal with extreme circumstances and some violence. The first film I would probably have my children watch would be Gilbert Grape or This Boy’s Life because that movie was about childhood and it was a very special time for me.

In The Revenant, there is the quote, “The wind cannot defeat a tree with good roots”. Was being nominated for the Oscars one of those good roots for your career?

Yes, that was one of the things we discovered while making this movie. It is quotes like that – the theme of revenge, the perseverance of man and the ability to adapt and push on, even when all the chips are stacked against you – that is what the Hugh Glass story is: the ability to push on and persevere, even if you have very little reason to keep going.

It seems you suffered a lot for your art in this film. Was it really as hellish as it looked on screen?

I think we all knew what we were signing up for when we made this movie. We were pushing ourselves to extremes and retracing this man’s footsteps. This is a sort of iconic American story of survival, of the perseverance of a man who is not dominated by nature but has survived the most extreme circumstances and lived to tell the tale. We knew we were entering not just a movie but a big portion of our life. It was almost like going on an epic journey into wilderness and ultimately we were filming it. We were filming the surroundings, we were filming the events as realistically as we possibly could and a lot of these sequences were incredibly difficult to do.

I suppose so. I used to be more of an adrenaline junkie when I was young. When you make movies, it is controlled chaos. You have plenty of people watching out for your safety. I never got injured once making this movie. I caught a lot of colds and flu for being in sub-zero temperatures, from submerging ourselves in and out of cold water, but there was always a group of people to help us out. A lot of the stuff that looks incredibly difficult to do was incredibly difficult to do but we got to rehearse it at great length and there were great safety precautions involved.

Was the shoot a transcendental experience? Did this experience change your life in any way?

I think it did, but more than anything, what we went through and spoke about as far as man’s relationship to nature, man’s relationship to [others], man versus the natural world and other animals – all these experiences we had infuse their way into a piece of art, which is this movie. That was the magical experience because we had a very simple story of a man who loses everything and tries to reap revenge but ultimately we had to go on that journey and that arc. It is all up there on screen.

What is your main fear in real life?

I think I have all the same fears as anybody else has. Certainly, having been in some of those extreme circumstances, much like Glass, you just want to persevere, to keep living. You want to put it all behind you and come out positive in the end.