A star is born

Just as you were falling into a slumber — content in the notion that there wasn’t much else to see as La La Land scooped the final and most prestigious Oscar of the night for Best Picture and the speeches rattled on — suddenly an interruption forced you wide awake as it was confirmed that Moonlight was the rightful owner of the Best Picture gong. It was indeed one of the most memorable Oscars in recent history but putting aside the awkwardness, the 89th Academy Awards, which was peppered with political gags from the beginning by host Jimmy Kimmel, ended with a rare moment of graciousness as the casts of both movies celebrated together on stage. And no one was more graceful than the Best Actress Oscar winner, Emma Stone. We sat down with Stone to share in her glory and hear about her upcoming movie, Battle of the Sexes, where she stars as tennis champion Billie Jean King.

Was it difficult to enjoy your Best Actress Oscar when they changed the Best Picture from La La Land to Moonlight?

What do you think happened? Warren Beatty said that he was given your envelope, with your name as Best Leading Actress instead of the Best Picture…

I also was holding my Best Actress in a Leading Role card that entire time. The truth is that there is always two sets of envelopes, one on each side of the stage, and they come to the Dolby Theatre with two different people who take two different routes to avoid any problems. Nobody thought a problem like this could have happened.

What was the biggest challenge for you in La La Land? What part of the work and dedication do you think deserved an Oscar?

I would say ballroom dancing was the hardest for me because I have a weird pinched nerve on my left side and the way you have to hold yourself up for ballroom dancing, I just had shooting pains through my eyes every time we were doing ballroom dancing so that was what made it hard for me. Dancing was definitely trickier than I thought it would be because I grew up dancing. I’ve taken tap classes and then when you’re actually tap dancing on a hill on Griffith Park in one take, you’re like “Ok, I’m not a great tap dancer.” But it’s fun. 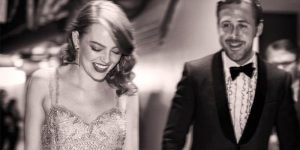 Damien [Chazelle] in La La Land refers to a dreamer who has her head stuck in the clouds. Were you a dreamer growing up?

Yes. I was definitely a dreamer when I was young. I spent a lot of time in my bedroom fantasising about what stories I wanted to tell.

So, do you relate a lot with your character in the movie La La Land?

Yes, she’s from Boulder City, Nevada. And being from Phoenix, Arizona, I can relate to that part of the world and coming to LA. Obviously, I was a lot younger when I came over. She is an aspiring actress, her name is Mia, she left college after two years to come out and start auditioning. Her aunt who passed away was an actress in a traveling theatre company and was the black sheep of the family and Mia always thought she understood her and would do plays in her bedroom. And in the story, she’s been auditioning for about six years. It hasn’t been really working out and she’s kind of at the cusp of deciding whether this is something she should continue pursuing or if she should be changing her dreams.

How have your dreams changed?

That’s a good question. I think my dreams have changed to come back a bit more down to earth. Now, it’s having a comfortable house where my friends can spend time or having a family. It’s less broad, all these big dreams about what kind of work I would get to do or people I get to work with. It’s much more grounded now. 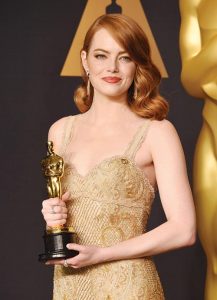 Is it true that you convinced your parents to move to Hollywood by doing a PowerPoint presentation that you called Project Hollywood?

Yeah, I was 15. I made a PowerPoint and then I moved to LA with my mum and we would come back and forth when I was 15 because I did a lot of musical theatre, youth theatre, in Arizona and loved acting. I don’t think my parents were particularly surprised that I wanted to be an actor. That came of a whole moment when I was 15 and I just felt like now was the time to go. I’m very insanely lucky that they were supportive of that. Of course, I would punish my child if they told me they were leaving. I would not be like, “Let’s go!” Maybe I would say finish high school and let’s wait until you’re 18.

It’s fascinating that your parents took you seriously. How did you manage school?

Maybe they could tell I was serious because I kept doing all these plays in a row. It was just my favourite thing in the world. And that feeling has never gone away. That’s still what I love and still what I want to do. I was homeschooled and I got my GED which is a good enough degree. It’s an equivalency. I took it in the Paradise Valley Mall above the food court.

Didn’t you ever have doubts about your future as an actress?

Well, yeah, definitely in moments. I auditioned for three years before I was pretty lucky and Superbad ended up happening right before I turned 18 so it would have been my senior year of high school.

Your first steps in Hollywood were actually singing in the VH1 music competition In Search of The Partridge Family, before singing in the Broadway musical Cabaret and latterly in La La Land. Is singing and acting as scary as people think?

I think I always had a fear of singing because when I was a kid I would lose my voice a lot. I would do these musicals and I just never felt like a good singer. Then, when the opportunity for Cabaret came along, that was what really opened things up. First of all, it’s a challenge, which is one of the greatest parts of doing all this ­— doing something that scares you. And I had a really great voice teacher and I started connecting the emotion to the singing. It changed when I realised singing is acting, but in a different form. That connection helped me a lot and it scared me a lot less. Also, without the pressure of needing to sound absolutely crystalline and beautiful in Cabaret, that took a level of pressure off to just sing from my gut and not necessarily in a classically trained way, and then I began to love it. I just love singing now. It’s one of my favourite things to do.

You’re starring as Billie Jean King in the upcoming movie Battle of the Sexes with Steve Carell. Did you have to learn to play tennis for the role?

Yes I did – to a point. I also had an incredible professional tennis-playing body double so I was trying not to be a hero because there’s nothing worse than is the Women’s Tennis Association, and was really fighting for equal pay for women. I mean she’s watching a sports movie where the actors are not good at the sport! [laughs] But I did my best to learn her serve, her backhand and to play with a wooden racket. And in terms of the character, it takes place the year of the Battle of the Sexes, 1973, so it was a time period where Billie Jean was not yet ‘out’. She was married to her husband at that time. And she had also just started the WTA, which just a real revolutionary and such an iconic tennis player.