Tom Hanks gets real on his role in Sully

Tom Hanks and Clint Eastwood team up to tell the heroic true story of pilot Chesley Sullenberger ‘Sully’ in what is an early Oscar contender.

Courage takes flight in Tom Hanks’ new movie Sully, where he stars as Captain Chesley Sullenberger in the real life ‘Miracle on the Hudson’, which saw the US Airways pilot pull off the impossible by safely landing Flight 1549 into New York’s Hudson River on a freezing January morning in 2009, saving the lives of 155 passengers and crew aboard.

Sullenberger and his copilot (played by Aaron Eckhart) were forced to undertake the lowest landing of any jet in history when both of the plane’s engines failed after they were hit by a flock of geese.

The film, directed by Clint Eastwood, charters the turbulent aftermath of the incident, including various tribunals which called into question Sullenberger’s competence and his decision to make an emergency landing in the Hudson river. It also shines light on the pilot’s reluctant rise to fame; he became a household name in the US shortly afterwards, appearing on TV interviews and even attending President Barack Obama’s inauguration and visiting Buckingham Palace.

Speaking shortly after the incident Sullenberger told reporters: “My family and I went from complete anonymity to worldwide recognition in an instant — in spite of my best efforts to remind everyone that this was a team effort.”

Eastwood’s decision to direct a film on the life of Sullenberger parallels his directorial debut American Sniper in 2014. Both were designed to look at the inner workings of a modern heroic man, and the decisions and choices that made them who they were. However, Scully is unique in that it is the first movie shot entirely with IMAX cameras.

It’s likely that the combined force of Eastwood and Hanks’ star power on and off screen will only draw further attention to the reluctant hero Sully and possibly even secure him a seat at this year’s Academy Award’s ceremony. 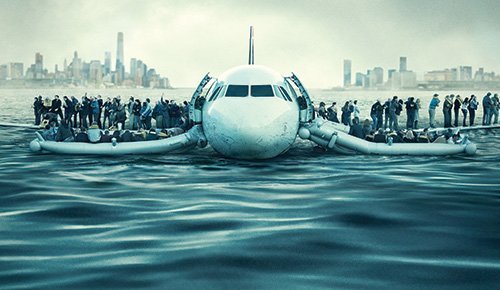 Tom why did you want to make this movie?

The only reason why we made this movie is because we never heard this side of the story before. There are other reasons, of course. Commerce for example. But this subject fascinated me. I thought ‘Thank god, the guy stuck that landing’. Another huge airplane crash was avoided. Its happened too many times in New York. It turned out to be okay this time. This was not a crash by the way; it was called a forced water landing.

The way this film portrayed the pilot, how do you prepare for someone like this, given that he is still alive?

The particulars are always different. But it is tough to play a guy that is still alive. I mean he will see the movie. You don’t want to mess it up and piss him off. You attempt to capture as much of the truth as is allowed. I met with Sully and told him we are going to lie, because things will be left out and will be compressed, but despite that I want to be as authentic as possible. It’s a b**ch, it’s a lot easier to make s**t up. But it’s not inauthentic what we did. That’s what the task is at hand. Otherwise I don’t want to be in a movie. You need to take opinion out of something like this.

The difference between a simulator and what really happens is also shown in this movie?

There is a big X-factor that is loaded with common sense, but at the same time, is utilising all the advantages that technology gives us. Fact is, technology was not wrong, but it was trumped by human behaviour. And that’s what technology is all about. It’s how it’s used in the hands of people. What happens in the chaos of real life and what happens with technology, that’s what we tried to portray. 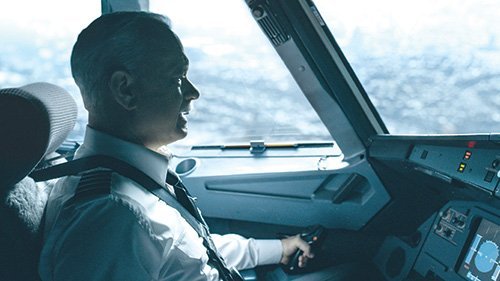 You are a public figure, and you come under a lot of stress due to too much attention at times. Sully felt the same way in this movie. Can you relate in that sense to him?

I talked to Sully and his wife and asked him how that felt to be a celebrity. And they understood, they got it. I met them in 2009 for the first time at the Vanity Fair Party at the Academy Awards. I asked them how they were holding up. The white-hot focus of attention is not always the best thing. And Sully had experienced just enough of that to shave off his moustache. And he told me that it helped a lot, and took some of the attention away. You learn very quickly there is a public version of yourself that people want to see, and there is a private version that you must protect. And that’s the battle you have to wage.

Was the real Sully concerned about your portrayal of him?

We talked on the phone a number of times, and we had emailed a couple times. I was up at his house for about four hours. And he walked me through the script. He had a lot more he wanted to talk about. He had his substantial moments finding out that everybody had survived. He waited for 18 months for the investigation to finish.

What was Sully most worried about?

I don’t know but Sully chastised me that it’s not allowed to have private conversations in the cockpit once you pull away from the gate. And that’s all the way until you reach altitude. Sully is a professional aviator. He walked around the script just like he walked around the plane before he takes off. He wasn’t that thrilled to have this movie made about him. But he wanted us to get it right. 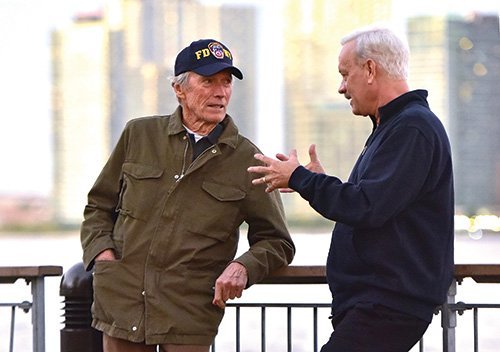 What’s it like to work with the Clint Eastwood as a director?

It’s amazing. There is no yelling and no stress. Everybody has been with Clint for years, everybody is like family. And you are welcomed in the midst as family, which makes the working environment extremely peaceful and productive. You never know that he is on set. All of the sudden he is there. He doesn’t say action or cut, he just says ‘go ahead’. He just lets you act. We went over our stuff a lot. I found it useful to talk to his right hand before we started shooting. So, I was on set early. We didn’t want to screw it up.

Do you feel your own celebrity status is something you have to overcome on set?

Everybody has something they bring to the set. There is no denying it. But that’s not a hindrance. At the end of the day you have to tell a brand new story. I have never been bored doing any of these jobs. It makes you lose a little sleep at night, because you don’t want to be bad. Being an actor and acting in a movie is different than being a celebrity. You learn by making terrible mistakes and you move on. I just hope they don’t ever call me “Mr. Hanks” on the set. I want to always be part of the team. That’s what I want. Everybody is a professional on a movie set. And that’s great.

Nowadays, these kind of movies are not made that much anymore. Where is the film industry headed?

We are doomed. It’s all over. I peaked in the nineties. We’ll all end up on Netflix. Try to make something new and good, then people will show up.