It would have been considered an obscene thought that one day, the most powerful and influential ambassadors in the world of international finance, would be a woman.

More accurately, a Parisian-born, silver-haired, 64-year-old woman, with no formal experience in economics.

In a world of “firsts”, Christine Lagarde has truly shattered the glass ceiling and broken the mold for female leadership for generations to come.

Consistently ranking among the top 10 most powerful women globally, Christine Lagarde has played a fundamental role in helping rebuild the IMF’s credibility following Greece’s $147 billion bailout in 2010 and presided over the IMF’s single biggest bailout for Argentina last year.

Amongst the many statistics to support that claim, the most prominent ones have been conducted by the IMF, showing that some countries could boost their economies by as much as 35% by closing the gender gap in employment. Even adding just one more woman to a company’s management is associated with a boost in return on assets of up to 13%. “Ultimately, when women do well, society does better,” says Lagarde.

Additionally, women are more likely to spend their resources on health and education, creating a powerful ripple effect across society and across generations. One study suggests that women invest up to 90 percent of their earnings this way, as opposed to just 30-40 percent for men. 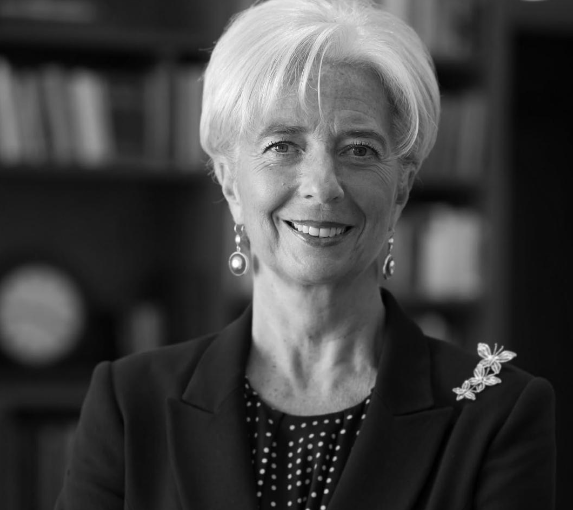 Under Lagarde’s leadership, for the first time in its history, the IMF has tied loans to improving conditions for women in countries like Argentina and Jordan. Even within the organization itself—the percentage of female workers has increased to 44%.

Lagarde has also recommended policies to increase female labor participation in countries like Japan and Korea, where women could be more visible in the workplace; presenting Brazil as a successful example of the model. Thanks to pro-family and pro-poor policies, Brazil managed to boost women’s participation from 45 percent to 60 percent in two decades.

In the scope of #GirlBoss culture, Lagarde has become a global force; not just for what she says about women, but because she acts on it.

Unafraid to make bold decisions and even bolder statements, Lagarde refuses to attend any meetings where she is the only woman in the room.

In an interview with Forbes earlier last year, she shared her advice for women in leadership positions, stating that first and foremost, it is imperative to make space for other women. “Make sure that it’s not just about you, that there are other young women that are also coming up the ranks,” she said, “so that the day when you stop, they are there to also take space.”

And when asked what the essential qualities were in a leader, she responded, “confidence, energy, generosity.”

Confidence comes from risk-taking, recounting both how she traveled through France, on the back of a stranger’s motorcycle at the age of 15 and how she took a major career leap to become France’s Finance Minister. Energy comes from taking care of the body – exercising and eating well. And generosity comes from selflessness: “If you’re in leadership for yourself, it’s only going to take you so far.”

From female empowerment and gender parity, to advocating for climate change and sustainability, Lagarde’s extensive and noteworthy career has been fueled on taking targeted actions, as a global citizen. 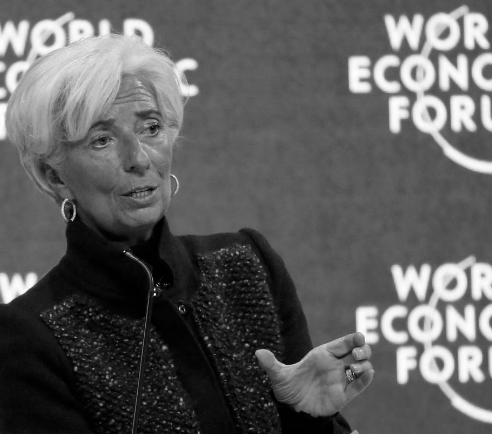 “I was brought up as a citizen of this world”, she says, “from France, to America, to the World.”

Lagarde has championed a global approach in all aspects of her career, noting that “there is no nobler goal than to be united by a common desire to make the world a better place in today’s interconnected world.” A global force for good, Lagarde has continuously paved the way to a more united and forward-thinking future, focusing her work on three key policy areas: education, employment, and family.

The mother of two has been an avid supporter of education, addressing hundreds of thousands of students from different schools around the world on its importance for global progression. Lagarde describes education as the bridge between peoples and generations. “It is the best investment we can make in our children, no matter where we live, as it provides them with a passport to this new world.”

Lagarde, herself, was born into a family of teachers. Her father was a professor of English, and her mother a Latin, Greek, and French literature teacher.

Recalling her address to the Kennedy School graduating class nearly a decade ago, Lagarde enforced that with the world becoming a global family, “we now have a core responsibility to be good global citizens, to watch out for each other, to be sensitive to how our actions affect one another — no matter where we live. But it will be impossible, unless we all stand together, thinking and acting like true global citizens.”