Based On a True Story

Opening the door to her iconic 5,000-acre estate, adorned in a lavish Giambattista Valli sweater for an exclusive interview with Vogue, was not always the lifestyle that Amal Alamuddin lead during her humble beginnings.

Born in Beirut, during the fatal Lebanese Civil War of the 80s, Amal’s family fled to Buckinghamshire in England when she was just 2 years old. This was a pivotal step that would unknowingly impact the rest of her life.

A determined scholar, and an innately hard worker, Amal graduated from St. Hugh’s College in Oxford on an Exhibition Scholarship and received the prestigious Shrigley Award given for excellence in law studies; the first award of many staggering accomplishments that would embellish her hard-earned title as international human rights barrister. 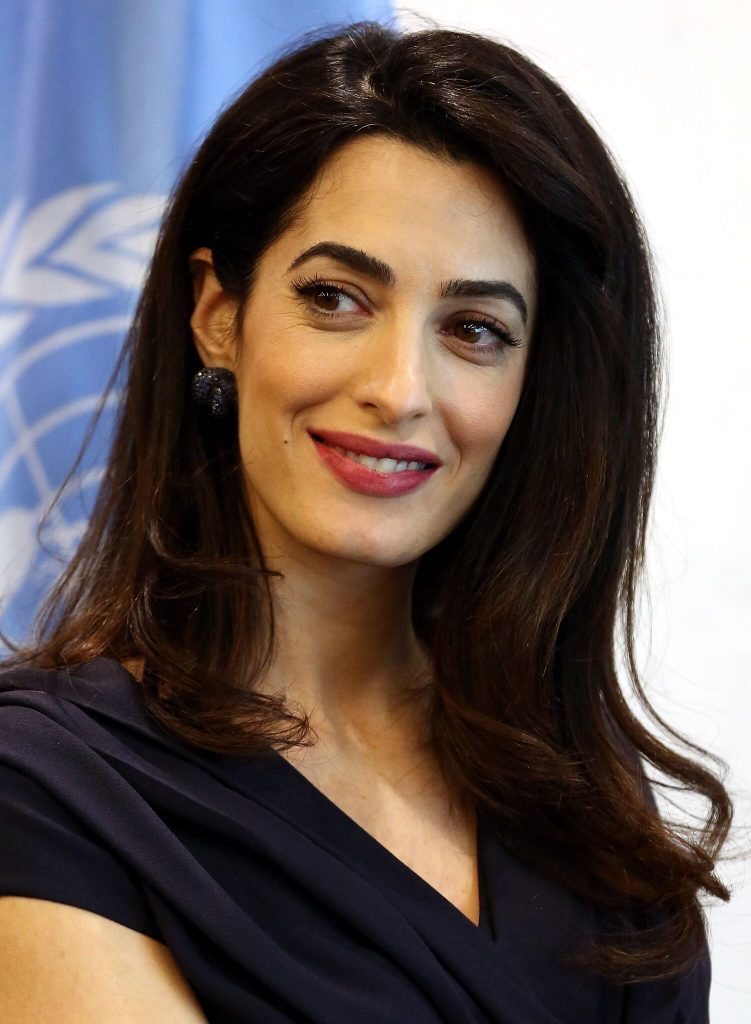 By the age of 23, Amal was enrolled in the New York University School of Law where she worked clerkships in both the International Court of Justice, as well as the United States Court of Appeals in the offices of now U.S. Supreme Court Justice, Sonia Sotomayor.

“I cared more about the outcome of those cases than my paid cases,” she says. “And that made me think, Well, why am I not doing more of that kind of work?”

In 2004, she applied for a one-year clerkship at the International Court of Justice, the main judicial organ of the U.N. in The Hague and went on to spend a year working on the war-crimes trial of Slobodan Milošević under a subsistence-level income of US$20,000.

As you can tell, this is still not the point in time where the paparazzi photograph Amal Clooney casually walking out of her lavish SoHo apartment in her Jimmy Choo’s.

Amal was preparing to go back to practice in New York when she heard about a U.N. investigation in Beirut to prosecute the murderers of Lebanon’s prime minister, and ended up staying for years, traveling from The Hague to Beirut.

“I was in my late 20s, and I was literally living on top of a mountain, in a secured compound, with four checkpoints between me and the outside world,” she says.

What took a turning point in her career however, was when she moved to London in 2010 to begin work as a barrister at Doughty Street Chambers, granting her the chance to serve as a special adviser to former U.N. security general Kofi Anaan on Syria. Since then, Amal has had a strong, but controversial presence in international court proceedings.

Her high-profile clients have included former Libyan intelligence chief Abdullah al Senussi in a war crimes trial at The Hague, WikiLeaks founder Julian Assange in his fight against extradition, as well as several nation-states, including the country of Armenia in its fight for recognition of the Armenian Genocide by the Turkish government.

More recently, her work has been in the field of advocating for the protection of women against physical and sexual violence in conflict zones.

Today, this brings her to the #MeToo movement.

“I think because of the brave women who have come forward to tell their stories, the future workplace will be safer for my daughter than it was for people of my generation,” she says. “We’re in a situation where a predator feels less safe and a professional woman feels more safe, and that’s where we need to be.”

In addition, Amal is now representing thousands of Yazidi genocide victims in an International Criminal Court investigation against ISIS, and has even taken in a Yazidi refugee into her home while he pursues a college degree. 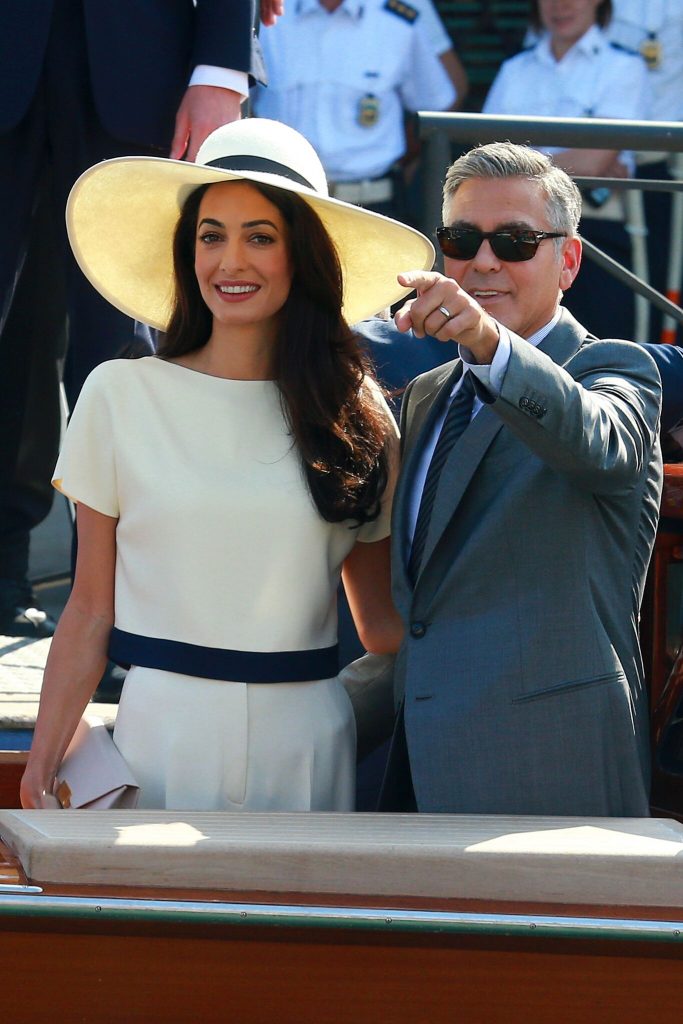 Though she always strived to keep her prominent role as a barrister separate from the tabloid life since her Hollywood marriage, defending international law and justice never muted her good-humored and playful side- notably when it came to her love life. So how did Alamuddin become Clooney, exactly?

“I didn’t even have to leave my house!” says George about the first time he met his future wife. Turns out George was at his house near Lake Como, when a mutual friend was passing through and decided to stop by with Amal.

“Of course, she was beautiful,” George says. “But I also thought she was fascinating, and I thought she was brilliant. Her life was incredibly exciting—the clients she was taking on and the superhuman work that she was doing. I was taken with her from the moment I saw her.”

Though there was an attraction, the romance wasn’t immediate. Amal is a big emailer, and George responded with a clownish gambit, writing her repeated notes in the voice of his dog Einstein, who claimed to be trapped in various places and in need of legal rescue.

Today, the two are married and settled in their iconic Downtown Abbey home in England, with twins Ella and Alexander.

The beauty of Amal’s story truly stems from the diverse lifestyle she has led her entire life. Coming from a family of refugees, spending her youth fighting for justice in the middle of the mountains and balancing her prominent position as an international human rights advocate, while maintaining her fashion icon status in Hollywood and female role model as a wife and mother…of twins, gasp, is quite astonishing.

Amal’s fight for a more peaceful world is not only admirable to many but inspiring as well. In a time of inequality, social injustice, war, and genocide, individuals like herself help rebuild the hope our global society desperately needs to move forward.

The unfortunate cases Amal works on are not based on award-winning dramas, but are all happening as we speak- or as Hollywood puts it are all ‘based on a true story’. Her fight, and her cause to the voiceless is just a testament to the power women can have when they are given the chance to make a global change.

Not to mention, there is something incredibly special about witnessing the rise of a global citizen that has been given the opportunity, to not only change her own life, but also influence a change in the lives of many people around the world.