A GLOBAL VOICE FOR ALL HUMAN RIGHTS

GC’s exclusive with global superstar and humanitarian Ricky Martin, on his remarkable philanthropic journey and the inspiring work of the Ricky Martin Foundation.

“It is important to remember that: who you are, and what you do, are not the same thing. Both are part of life and part of the journey. If you don’t at least try to do what you’re passionate about, you will never know if your dreams could have come true,” he shares.

And through the power of his legendary voice and dedicated vision, in 2000 — after coming face to face with the devastations of child trafficking in India, Martin put his passion into motion, bringing to life one of the most meaningful projects dedicated to leaving the world a better place: the Ricky Martin Foundation.

“I started the Ricky Martin Foundation after seeing what can happen to children on the street, and how important it was to educate people about human trafficking, a topic which was almost taboo at the time. Sadly, it still is,” said Martin.

“One of our first programs was called “People for Children,” and our goal was to bring this conversation to the forefront, and open people’s eyes to the fact that trafficking was happening all around them – no matter where they lived or how safe they thought they were. Knowledge is power, and to this day, our educational programs are a core part of the Ricky Martin Foundation. Our mission has evolved over the years to include all human rights, because we must continue to protect the children.”

For over two decades, through programs and partnerships, the Ricky Martin Foundation (RMF) has played an instrumental role in educating, protecting, and advocating for inclusivity and human rights, while driving immediate and long-term support to children in vulnerable communities around the world.

In continuation of the trafficking prevention efforts that have existed since RMF’s inception, it became clear that the risk of human trafficking tremendously heightens after any natural disaster. This has since prompted RMF to become an active first responder after the tsunami in Thailand (2004), and again after the earthquakes in Haiti and Chile (2010).

On the one-year anniversary of Maria, over 40 of the world’s most recognisable celebrities answered Martin’s call to join his Foundation’s ongoing efforts for the island’s people. Funds raised from the collaborative #Allin4PR initiative enabled the organisation and its partners to expand programs and services for displaced families, long after other first responders had left the island.

“What happened after Hurricane Maria was the perfect example of how we are stronger when we collaborate,” Martin explained.

“In the weeks following the hurricane, my Foundation allied with the Leonardo Dicaprio Foundation and Music for Relief, which was started by the members of Linkin Park. In alliance with these organisations and their partners, we were able to quickly procure 100 “Solar Suitcases” for hospitals across Puerto Rico. Each suitcase provided power for critical lighting and medical devices, while the island was still in the dark, and saved countless lives,” he shared.

“At the same time, the RMF team mobilised with our local partners and other NGOs on the ground to deliver food, water and humanitarian aid to families in need. And with help from my generous fans around the world, corporate partners, and my friend Ellen DeGeneres, who allowed us to share our story on her show in real time, we raised millions. These funds enabled us to put the next phase of our plan into action – building and repairing homes for over 150 families who had lost everything.”

Operated by RMF and the local municipality, the center offers key programs for youth, teen and adults, which includes a bilingual school, arts, sports and cultural activities, vocational programs with the local community, and a greenhouse garden created in collaboration with Estuario de San Juan.

“Centro Tau is literally a safe haven for children and families, located in Loiza, which is a municipality full of vibrant culture. We believe that ALL children should have access to education, food, music and the arts, and at Centro Tau we have it all,” Martin shared.

“We operate a bilingual K-4 school, grow food in our community garden, and are about to open a permanent community kitchen for those in the local area suffering from food insecurity. During the pandemic, when schools were closed and our programs were down, we utilised our center as a vaccine clinic. We believe that everyone has the right to feel safe, protected and valued, and when you walk through the halls of Centro Tau, you can tell that the community does.”

With RMF’s continued commitment to support and protect vulnerable children, the organisation also launched an educational curriculum customised to age and population, training local hotels, airlines and law students to recognise the signs of human trafficking. With the curriculum’s efficiency and effectiveness in fighting human trafficking through prevention; partnerships and funds raised through RMF will allow the program to be available and accessible worldwide.

In fact, during the first months of the COVID-19 pandemic, RMF raised funds to procure and deliver desperately needed PPE to courageous front lines health workers in over 50 hospitals across Puerto Rico, the Dominican Republic, and the continental United States. It was a collaboration with global health organisation Project HOPE that enabled RMF to move the PPE out of China (at a time where that was next to impossible), and an ongoing partnership with Jet Blue that made it possible for the PPE to ultimately get to the hardest hit areas where it could do the most good. RMF continued to run its COVID-19 vaccination clinic through July, 2021, serving at-risk communities. This fall, it switched to providing Monkeypox vaccines, along with continuing to provide much needed social and mental health services.

“Last year, we celebrated the 20th Anniversary of RMF, which initially was focused on only one goal: preventing human trafficking. That is still the core of our mission, and always will be, but over time we realised that what we were actually doing was protecting vulnerable children, families and communities,” Martin said.

“We realised that as we evolved, first through education, then disaster relief, then providing homes and food, that it all came back to one thing: human rights. We realised that we are so much stronger together, and that our partners are the key to impacting even more lives. Our allies are amazing – whether they are volunteers, corporate partners, like-minded artists, local or international NGO’s, individuals or governments. As we continue to expand our network of allies, it helps us continue to multiply the funds that we raise, in order to impact even more lives. Together, we will continue to unite; to bring people safety, security, joy and hope. That’s what this is all about.” 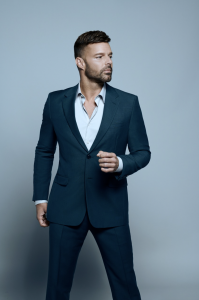 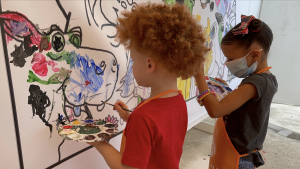 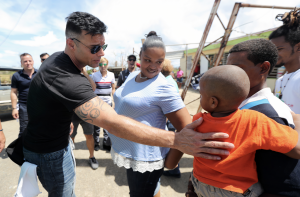